America is the best nation on Earth and that is a scientific fact. Why is this an undeniable fact? It’s not because we invented freedom, or Coca-Cola and McDonalds, and as much as I would love to say it’s because the greatest gift to mankind came from an American named Willis Carrier—the electrical air conditioning unit—none of those are the true reason America is the best nation on Earth.

Nope, the reason America shines brighter (and kicks more ass than any other country, especially English speaking countries) is because we have the right to bare arms. That’s right, here in the good ole U S of A, we can walk around with our bare arms showing. Why else do you think Arnold came to America?

Wait….what was that? The 2nd Amendment is not about our God-given right to wear schmedium t-shirts that prove to the rest of the world that we lift? So, people in other countries can walk around with their bulging biceps out?

Damn it. My entire education is now a lie.

Still, the greatest arm building exercises in the history of the world were created by some of the greatest bodybuilders to ever live, who happened to be Americans.

Building bazooka-sized biceps was something that the great Vince Gironda knew how to do. In fact, Vince might have been the first great mad scientist of gains. And with his expertise, he helped the original Mr. Olympia take home his first title.

America was the epicenter of Bodybuilding’s Golden Age. It was an era where men built bodies for aesthetics, not pure muscle mass. And some of the foremost pioneers of bodybuilding were Americans who honed the craft (and their bodies) by developing some of the most badass ways to isolate and build bigger biceps.

Vince Gironda invented countless exercises and taught them to bodybuilding greats like Larry Scott and a plethora of movie stars during his illustrious career. And when it came to building bigger arms, Vince had a gift. One of his first creations was a favorite of bodybuilding’s first Mr. Olympia, Larry Scott.

Larry Scott is the OG. He was the first man to be crowned Mr. Olympia in 1965 and then defended that crown in 1966, then retired from the sport. Hailing from Idaho, Scott began training at 16 and won the Mr. Idaho competition at the age of 20. He then moved to California where he quickly racked up title after title.

Nicknamed “The Legend” and “The Golden Boy,” Larry was known for his bicep development. And one of his go-to exercises for building his impressive biceps was The Spider Curl.

Hoisting 50-pound dumbbells (22kg for you metric heathens) looks impressive. But more often than not, you wind up looking like you’re imitating Bernie from Weekend at Bernies 2 (one of the greatest American films ever made) so you can curl those last few reps.

When you do that, you’re placing undue pressure on your lumbar spine, while taking focus away from your biceps by recruiting your front delts to heave that dumbbell to the final position.

The Spider Curl eliminates your delts from the equation and puts all the focus on your biceps, specifically the shortened position of your bicep.

To perform a Spider Curl, lie chest down on an inclined bench. Your arms should hang over the bench, letting gravity pull them down. Make sure that you allow your arms to fully extend at the bottom, so don’t bend your elbows here.

Since your shoulders can’t assist the weight up, that means your biceps take all the tension you can give them, especially at the top where this part of the exercise is the hardest. If you can, make sure to bring your elbow to around the same height as your shoulder at the top, that creates a crazy bicep contraction. Contractions that Larry Scott used to become the first Mr. Olympia.

Born and raised in The Bronx, Vince Gironda, also known as the trainer to the stars—he worked with Clint Eastwood, Cher, Denzel Washington, Sean Penn, Erik Estrada, and more—may be the most influential man in bodybuilding. Gironda invented some of the most famous exercises known to man:

The Drag Curl is an amazing exercise that places greater strain on your brachialis and the long head of your bicep. But you won’t be able to use a ton of weight on this exercise. Due to the limited range of motion, (you’re literally dragging the bar against your body) you’ll need to use lighter weight.

Gironda’s Perfect Curl looks a bit odd, but holy hell does it blast your biceps. Use a small straight bar or an EZ-Bar for this one; you don’t need a ton of weight, this is all about creating massive amounts of time under tension.

With your elbows resting on your hip bones and your arms hanging straight, slightly lean backward into a small amount of hyperextension. This will place a stretch on your biceps. From there, slowly begin to curl the weight up, but as you curl, bring your upper torso toward the bar.

Once you’ve brought your torso and bar together, then you’ve reached the final stage of Gironda’s Perfect Curl. Contract your biceps with everything you have for one second, and then reverse your actions until you’ve reached the starting position once more.

Before bodybuilding, America was home to some of the strongest men to ever live. Men who set records that still stand today. And one of these men, George Zottman, invented an exercise that hits every part of your biceps.

There’s an important part of how your biceps function that many people leave out of their training: supination of the forearm when the elbow is slightly flexed.

Flex your bicep for a second. While watching your bicep, turn your fist away from your face. Did you notice the change in your bicep? That happens because your biceps brachii also functions to supinate your wrist.

Zottman Curls start as a normal dumbbell curl, so you’re able to lift quite a bit of weight. But the real magic of this curl comes during the eccentric portion of the lift. Once you reach the top of the dumbbell curl, rotate your wrists into supination, and then slowly lower the weight down. The eccentric portion of the lift allows you to hit your bicep brachii and your forearms with far more weight than you’d be able to do during a reverse curl.

Zottman curls are one of the best warm-up exercises you can do before a massive arm session. Or, you can use them at the end of a workout with higher reps (20-30) and send a massive pump into your biceps and forearms.

But hold up my friend, remember how I said Vince Gironda was a genius? Well good ole Vince developed his own spin of the Zottman Curl. It works the same as the one created by George Z. But Vince added a little finesse to it, a groovy flow that feels like warm buttah slapped on the perfect piece of toast injecting your arms with more blood than a Viagra-filled needle.

The list of Americans who have changed the world is nearly limitless. Edison gave us electricity; Alexander Graham Bell gave us the telephone; the Wright Brothers gave us flight; and some dude in jeans and a black turtleneck changed technology (and the world) forever. These men will be remembered for the rest of history.

But if you want to build historic biceps, the kind of arms that are written down by bodybuilding scribes tasked with recording its audacious legacy, then heed the wisdom of the great Americans detailed here and make these bicep exercises part of your arsenal. And here’s a three exercise bicep specific workout using all the exercises listed here. So go forth my friend and build bigger arms. 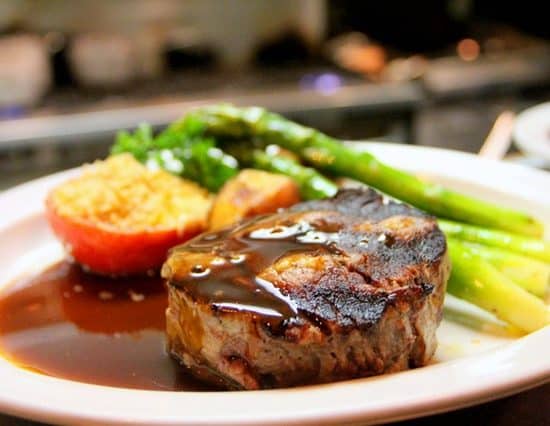