The night has come.

A night that I’ve waited for all my life.

History is about to be made. And during my long life, I’ve lived through my fair share of historic moments.

Moments that are recorded in the history books. Moments that changed the face of America and shaped generations. And moments, like tonight, that I dreamed of as a child.

Childhood. A memory that seems so long ago. And yet, as I lie here in the last fleeting moments of my life, my childhood is the only movie playing in the multiplex of my mind.

Long summer nights under the stars singing along to the radio, the hours I spent hiking in the woods, and memories of Christmas morning opening my first Nintendo have played for hours as I waited for this historic moment.

But Death had other plans. He wanted me now. History didn’t matter to him. All of the greatest heroes of time had succumbed to his mighty hand. And his hand continued to pull me further and further into the night.

I fought. Gasped for air. Pushed away Death’s hand, retching in pain from the sharp sting of his touch. I gritted my teeth and denied Death his moment of victory.

Or in Latin, victoria. And Victoria was the name of the Roman goddess of victory. Her Greek equivalent was Nike. And Nike’s slogan was “just do it.” My brain was firing all over the place even on my death bed.

My thoughts had become like a giant game of racquetball: ricocheting off every surface of my mind and leading to memories that hadn’t been accessed in years.

But none of that mattered.

Though some of these memories brought a smile to my face or reminded me of someone I would miss, none of them mattered. Victory was about to happen. And on a night I had only ever dreamed of, I would die. That’s when I smiled.

A smile that brightened the room and caught the attention of my family. Through their tears, and snot-laden sniffles, one of the last memories my brain recorded was witnessing my family smiling at me.

Death’s glacial hands melted in that moment. And with only a dozen or so breaths left, I felt warm again—I felt alive; and Death took a few steps back, granting me a few more minutes.

But each breath became harder. And my eyes could only see shades of blue. I had managed to loosen Death’s grip, but that didn’t mean I would operate at my fullest.

Then again, all that mattered was my eyes. As long as I could see history happen, no other sense mattered. And it was close. History was only moments away.

Snapshots. These are what began to play through my mind. Moving images were gone. My mind was now a giant View-Master, clicking through the most prized moments of my life.

But there was one final image it was waiting to collect.

The minutes that Death had granted me were quickly running out. He didn’t care about my desire to capture this historic moment. He had a schedule, and I was delaying him.

So I made a deal with him: let me witness history and he could take me out in the swiftest and most painful way possible — as long as he allowed me this one final moment.

He granted my wish. And I turned back to the television, accepting that my end would not come easy.

Life had never been easy, so why should it’s last moment be any different? If I had suffered through all the slings and arrows of life to have the career and the family gathered around me now, what was one more moment of pain?

Pain that would be worth it to witness a dream come true, a dream that would become a reality on the last night of my life.

With all the energy that my failing body could muster, my senses sharpened, and I sat up in my bed. Here it came, history, and a moment I’d only ever dreamed of since my childhood.

A moment that I had proudly proclaimed, “if it happens, I can die a happy man.” And I was moments away from dying happy.

The room erupted in celebration. My eyes began to tear up with joy and happiness. History had been made. And I’d witnessed it.

Which meant that Death was soon to come for me; and he hated being late.

And as my family turned to me to celebrate this monumental achievement, my body jolted up in a sharp hint of pain. Death was here. And I wasn’t going softly into the night.

I’m not sure who grabbed my hand to ask if I was okay. But in those last moments, my family’s tears of jubilation had turned sour once more. Death’s shadow was creeping over my face, and they could see it.

With what energy I had left, I gasped for air to deliver my final words.

“We did it. We made history tonight and as I’ve said before, I can die a happy man.”

As the words left my mouth, Death grabbed my soul with a ferocity I’d never felt. Pain surged through my body, and I jolted up toward the ceiling. It was as if Death had yanked my soul with all his might.

My eyes took in the final moments of history on TV and I saw confetti raining down on the celebrators. And with my the last breath that was in my body, I only had two words to say: fuck Duke.

“Hey Death, you missed a great game, but goddamn does it feel good to know Carolina beat Duke in the National Title game, and I got to see it before I died.”

As Death turned to me, I saw his undershirt. Duke. Death was a Duke fan.

Rubbing tonight in the face of a Duke fan for eternity — now that’s heaven. 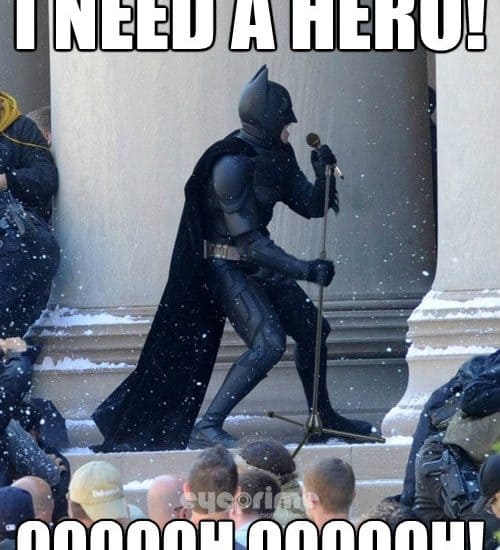