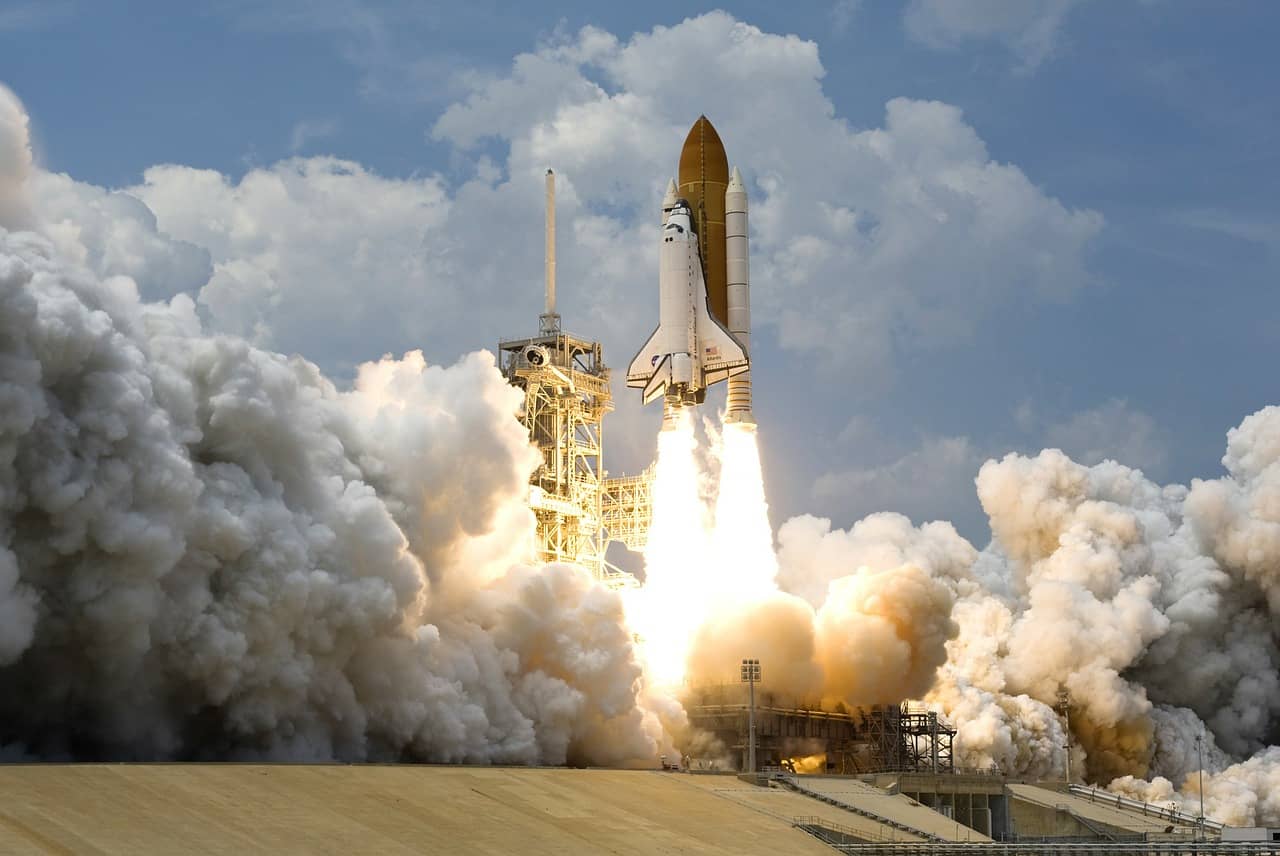 If you Google “how to boost your metabolism,” you’ll get over 40 million search results. And depending on how Google’s algorithm responds, you’ll see recommendations for supplements, body wraps, or and even a copy of “Boosting Your Metabolism for Dummies.”

What the hell? There’s a “Dummies” book that covers how to boost your metabolism?

That’s not surprising, really. Think about your own life. How many times have you searched for workouts, supplements, or tips on how to boost your metabolism?

First, what the heck is your metabolism? And can you actually boost it? Or is that just another fitness myth?

Yes, you can boost your metabolism. But it’s not in the way supplement companies or dumb Pop Sugar or Men’s Health articles claim. 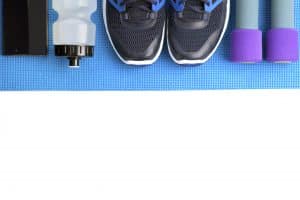 There are millions of chemical reactions taking place inside of your body every day. And it’s these processes that keep you alive.

All of these unconscious functions are part of what scientists call your basal metabolic rate. BMR is essentially the minimum number of calories you need to keep your body functioning at rest. Your BMR is responsible for 60-70% of the calories you burn every day. It’s the main driver of your “metabolism” as you know it. As you age, though, BMR decreases.

The reason? As you get older, your body decreases lean body mass. Lean body mass is comprised of your muscles, organs, skeleton, sinew, and the water and muscle glycogen your body stores.

Your body doesn’t get rid of organs as you age. What it does begin to get rid of, however, is muscle; and the water and glycogen stored in said muscle. And it’s this reduction of lean body mass that leads to decreased metabolism as humans age (you’ll see around a 1-2% reduction per decade in BMR after the age of 20).

So how can you keep your BMR higher?

Above all, the most important thing you can do is move your body. Physical activity requires your muscles to move. And this movement requires increased energy production. So run, dance, walk, climb stairs, or lift weights — whatever you do, don’t stop moving. Atrophy is not a trophy you want.

The best activity you can engage in, even if it’s a minimum of twice a week for twenty minutes, is weight lifting.

Both fat and muscle are metabolically active tissues: one pound of muscle burns ~6 calories a day, while one pound of fat burns ~2 calories per day.

We’re gonna use this guy as an example. We shall call him Tormund.

A Breakdown of Tormund’s Body Composition

*Please note that all forms of body fat measurement, which I’ve written about before, are prone to error. DEXA scans are no different. They’re just the instrument I’ve chosen here as an example.*

Ladies, you carry around less muscle mass compared to men. So your lean mass will be lower in general, which is also why many women (not all) need fewer calories than men. Height also plays a part in this as well. Taller people need more calories; shorter people need fewer.

Since one pound of muscle burns ~6 calories per day at rest that means with 97 pounds of muscle Tormund’s muscles would burn ~586 calories a day. Of course, that would change if he decided to use his muscles to, say, I don’t know, shoot basketball, dance with a young lass, or fight a bunch of Whitewalkers.

The First Way to Boost Your Metabolism

So what would happen to his metabolism once he loses, say, 25 pounds?

And it’s something that happens to everyone who loses weight over time.

Losing tissue that’s metabolically active means you need fewer calories. This is normal and should be expected. But most people don’t expect or even know that this is the case.

And it’s why millions of people lose weight and then regain more — their metabolism decreases but then they go back to eating like they did before they started a “diet” and regain 10 or 20 pounds more than when they started.

Changing your habits around food, eating for more whole foods and fewer processed foods, and getting more sleep while reducing stress can help you keep weight off long-term.

But if you want to keep your metabolism higher and maintain more of your metabolically active tissue, cough muscle cough, you gotta lift weights. 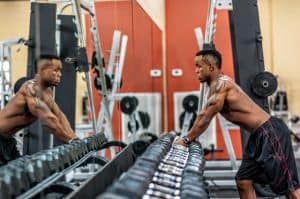 Lifting weights tells your body that you NEED the muscle(s) you’re using. “Hey body, listen, we’re using those sweet pecs to do some bench pressing, so um, don’t atrophy those muscles; we need ‘em.”

The more muscle you keep while in a calorie deficit, the higher your metabolism will remain as you lose body fat. But lifting weights isn’t the only way to maintain the muscle you have. Increasing your protein intake spares your body from breaking down the muscle you already have as well. It also gives you a metabolic boost when it’s digested.

Eat More Protein to Boost Your Metabolism and Save Muscle

You probably know that protein builds and repairs your body’s muscles. But it’s also crucial for:

After you eat, your body has to digest your meal. Digestion requires your body to burn calories to fuel this process. This is what smarty pants people call the “Thermic Effect Of Food.” TEF, for short, is responsible for about 10% of the total calories you burn in a day.

Fats, carbs, and protein each produce different thermic effects. Protein, however, has to be broken down into amino acids, the building blocks of life, for your body to use.

This process requires quite a bit of energy (calories). Somewhere around 20-30% of the protein you consume in a day is used in digestion. And because your body has to spend more energy to breakdown protein into amino acids, that means you have more chemical processes happening in your body.

But increased protein intake while you’re in a calorie deficit also helps you maintain more of the muscle you already have. And since muscle is the most metabolically active tissue you have, you don’t want it to wither away.

A 2006 review of multiple studies on the impact of “very-low-carbohydrate diets” found that, “higher protein intake reduces loss of muscle mass and increases loss of body fat.”

Increased protein intake means you have more amino acids available in your bloodstream. And your body can turn those amino acids into glucose for fuel.

One of these amino acids is leucine. Leucine elevates protein synthesis (aka, muscle building). So, during a calorie deficit, leucine helps you maintain more muscle mass by stimulating protein synthesis.

In fact, a 2016 study found that even while in a calorie deficit where participants consumed more protein, they were able to increase lean muscle mass while losing body fat.

During a 4-week period, participants in this study lifted weights as well as partaking in high-intensity interval training 6x a week. All the participants consumed roughly 40% fewer calories than they needed to maintain their current weight.

Meaning: they were in a calorie deficit and would lose body fat.

The difference, however, was that one group consumed 1.2g of protein per kg of total weight. So a 100kg man (220 pounds) would consume 120 grams of protein every day.

And the second group consumed 2.4g of protein per kg of total weight. So the 100kg man above would have eaten 240g of protein every day.

What did the study find?

The results showed that even during a calorie deficit, the group that ate 2.4g per kg increased their lean body mass and reduced more fat mass than the group that consumed 1.2g of protein per kg.

So yes, this study shows that you CAN gain lean mass while you lose fat.

But something to consider here before you get all excited about building muscle and losing fat at the same time: eating 2.4g per kg of protein a day is fucking hard. If you’re 250+ pounds and decide to eat protein at that level, that’s gonna be harder than playing Battletoads blindfolded.

Plus, you’re probably not used to that much protein so get ready to blast everyone around you with massive smelly farts.

Increasing your protein intake helps you:

Here’s a rule of thumb that you can follow if you wanna lose excess pounds and set yourself up to keep that weight off long-term:

Alright, so retaining and even building muscle via weight lifting and consuming more protein are two ways to increase your metabolism. But there’s another pretty neat way to boost your metabolism.

Do you remember a few thousand words ago when I said the most important thing you can do is keep moving your body? Movement that happens outside of scheduled exercise is what science bros call, non-exercise activity thermogenesis. 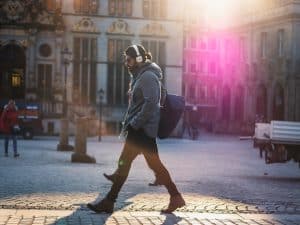 Non-exercise activity thermogenesis, or NEAT, is the shit you do every day that isn’t exercise. It’s happening right now as you scroll through this email (and while I was typing it). NEAT is all the physical activity you do that isn’t structured exercise:

According to a study by the American Heart Association, the amount of NEAT you perform every day may be influenced by your environment. If you’re an office worker who sits all day and only gets up to go to the bathroom or leave for the day, you’re not in an ideal place that promotes activity.

But if you’re a janitor, postal worker, or even a doctor or nurse, your NEAT will be far higher as your job requires more activity. The American Heart Association study estimates that NEAT can vary by up to 2,000 calories a day.

Huh. 2,000 calories a day….that sounds familiar. Where have I seen that number before? 2,000 calories is the recommended daily allowance of calories for an adult male by the FDA.

So how can you increase your NEAT even if your environment isn’t conducive to activity?

One way the above study concludes that you can increase NEAT is to get rid of your chair and use a standing desk. Even swapping between standing and sitting (as I’m doing while typing this) counts. You could also hold meetings with colleagues while everyone takes a walk. Or heck, here’s a great excuse to get a dog and take them for walks.

How could you accomplish this (or at least put yourself on that path)?

Well, you could start by parking further from where you work. You could get off the train one stop earlier. You could walk to the places that are less than a mile from your home. Or hey, why not take the stairs instead of the elevator?

Over the years, I’ve worked with hundreds of clients all over the world. And though they don’t “directly” impact metabolism, getting more sleep and increasing water intake “can” help make your fat-burning more efficient. They don’t necessarily increase your metabolism, per se. But drinking plenty of water keeps your liver operating more efficiently. And insufficient sleep has been shown in this study to increase the food participants consumed.

In other studies, poor quality sleep has been shown to increase the opportunities to eat food since you’re up longer, as well as disrupting hormones that control appetite. For men, poor sleep can drop your testosterone levels significantly.

At the end of the day, if your goal is fat loss, your nutrition determines whether you’re losing fat or gaining it. And as you lose fat, your metabolism will decrease. But to keep your metabolism higher, and to put yourself in a better position to keep the weight you lose off long-term, make sure you’re lifting weights, eating sufficient amounts of protein, moving your body more throughout the day, and getting quality hours of sleep. 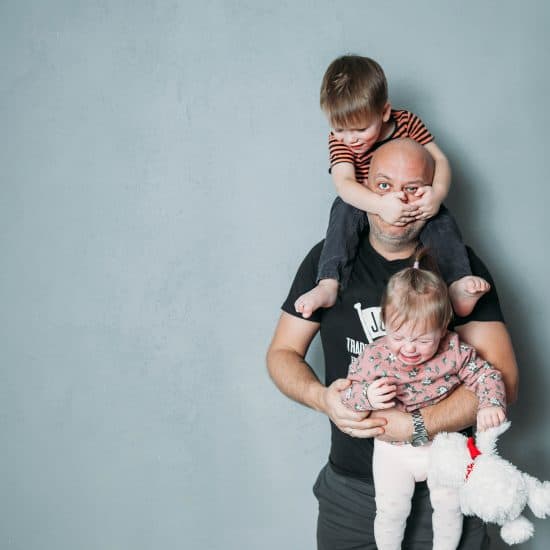