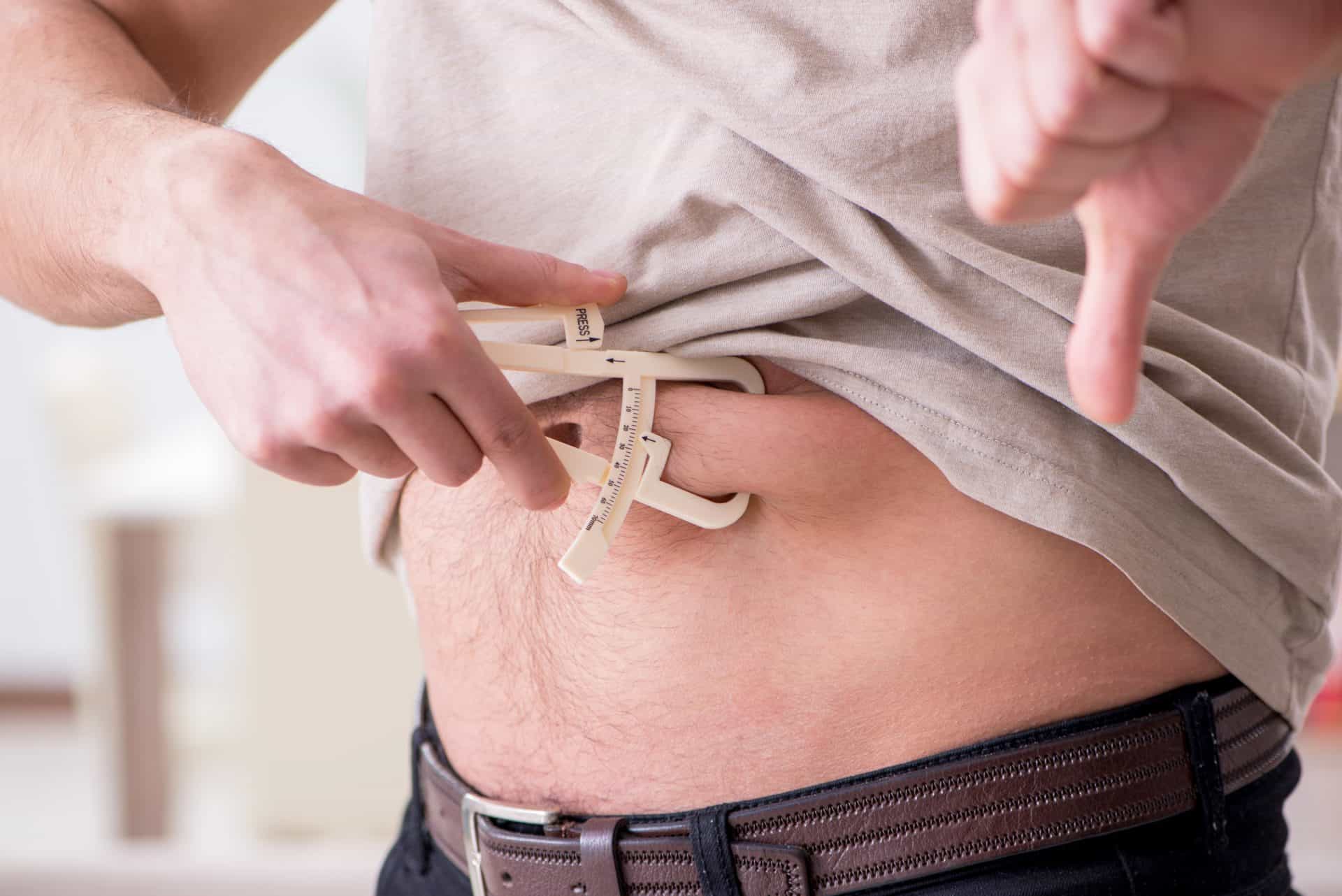 When it comes to weight loss, most people gauge their success with the bathroom scale. Step up, stand still, and boom, instant feedback.

Your common household scale, however, is about as reliable as a drunk plastic surgeon at Mardi Gras. Depending on numerous variables, scale weight can fluctuate throughout the day. The scale only measures your total weight as opposed to the amount of actual body fat you carry around.

A client recently asked me:

“Are calipers an accurate way to measure body fat?”

For those trying to reach a certain level of “leanness,” there are a few different ways to measure body fat. But before I move onto calipers themselves, I’m gonna go over all the other ways you can measure body fat.

Bioelectrical Impedance allows you to take your body fat measurements into your own hands. 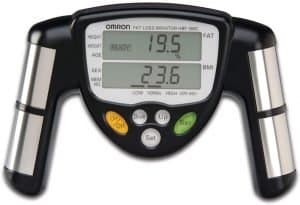 You can find these handheld devices in about any nutrition store, as well as on Amazon. They’re by far the easiest and least invasive way to measure. BIA (as it’s known for short) works by shooting tiny electrical pulses through the body, don’t worry you’ll never feel these.

These devices measure the amount of time it takes for those impulses to return. Fat slows down the movement of the impulse, so the less fat you have the faster the impulse returns.

Did you see Thor: The Dark World? Remember that weird table that Natalie Portman’s character laid down on when she got to Asgard?

The Asgardian doctors called it the Soul Forge. Basically, it scanned the body of Natalie Portman’s character (Jane Foster) from head to toe to diagnose her affliction. Minus the Asgardian magic that pretty much sums up a DEXA scan. 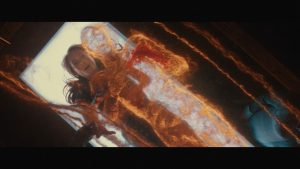 You lie down on a table and like a sheet of paper being scanned as a PDF, you have different types of X-Rays shot into your body to measure how well your body absorbs those rays.

The cool thing about the DEXA scan is that it passes over each part of your body. It measures and determines the fat in your legs, arms, chest, etc.

By scanning over every body part, it provides a larger picture of your overall fat deposits and better measures your lean mass.

*If you wanna see one in action, check out this video of former podcast guest Greg O’Gallagher who did a V-Log of his time getting DEXA scanned*

Hydrostatic weighing is kind of like taking a dip in a Bacta Tank. 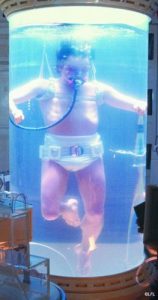 The first step of hydrostatic weighing is to measure your body weight completely dry. Then, like a half-living Skywalker, you get dumped into the tank.

Your bodyweight is then measured in the water. The attendant then determines the density of the water and calculates your overall body density. Then with some fancy math formulas, the doctor (or droid), can determine your body composition.

I was born a few years after Mork and Mindy aired but I was lucky enough to watch a few episodes on Nick at Nite as a kid (this is some of my favorite work Robin Williams ever did). In the opening credits, you see the alien Mork traveling to Earth via an egg-shaped space ship.

That is basically what a BOD Pod is. 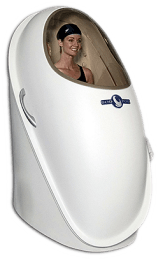 BOD Pods are similar in concept to hydrostatic weighing, however, instead of water BOD Pods use air to measure your body fat.

The Pod is filled with air and the amount of air your body displaces is measured. With the density of your body determined the doctor uses a few formulas to determine your body composition.

DEXA scans and hydrostatic weighing can be hard to find depending on where you live and due to the expense of the machines, can cost a decent chunk of change. Ranging anywhere from $50 to $200.

These are those weird crab claw, pincher type devices you may have seen in a gym or a doctor’s office.

In terms of cost, they’re super cheap. Amazon has them for less than $10. That’s for the old fashioned analog versions, you can buy more tech savvy digital ones for $25 or more.

To use calipers, you need to take skin measurements at different points around the body. 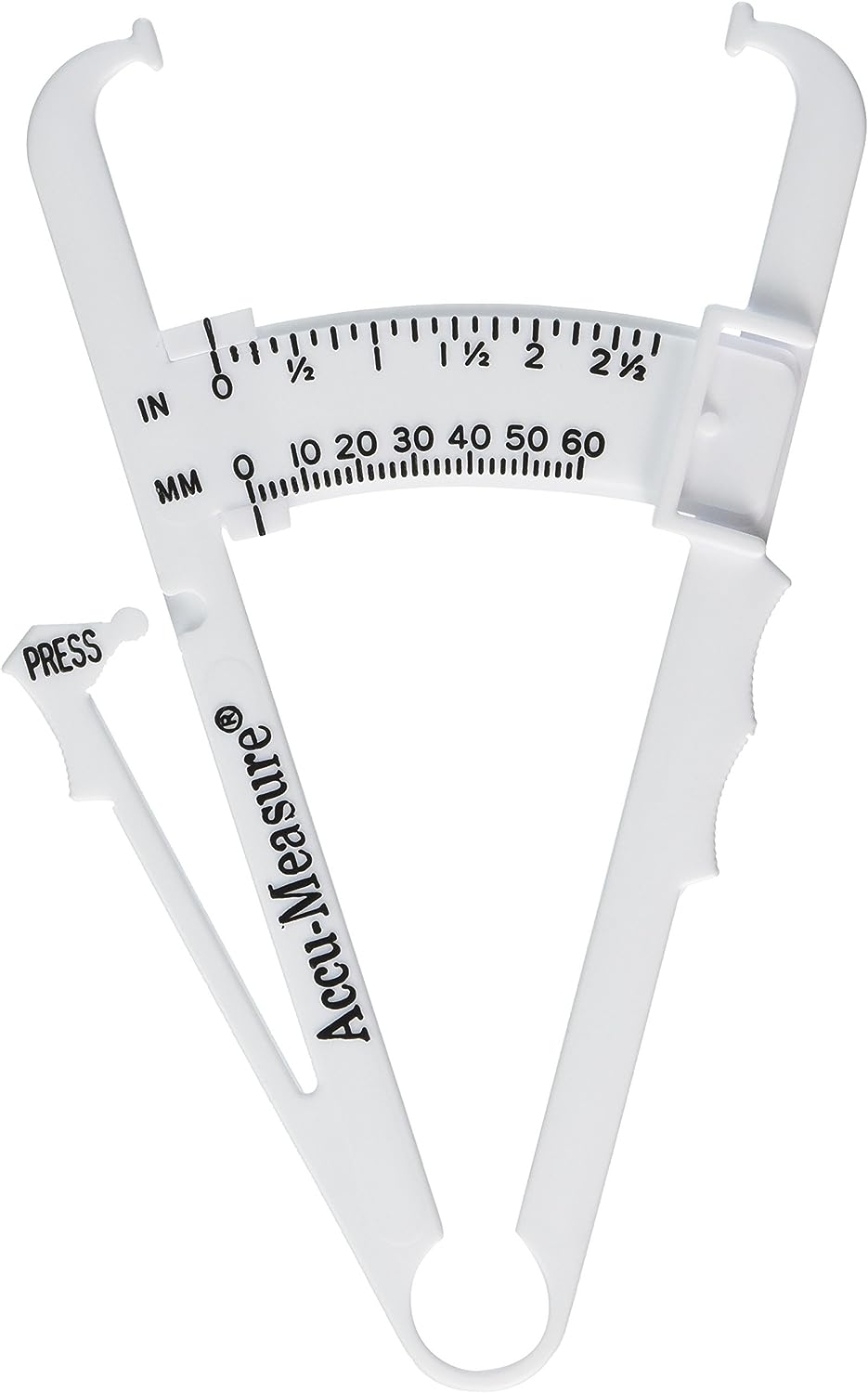 For men, this is typically the abdomen, chesticles (pecs), and thigh. For women, the measurements would be taken at the triceps, thigh, and abdomen.

There are a few formulas online like this one or this one where you input your measurements and then get your body fat percentage.

In the terms of accuracy and which one of these measures your body fat to the closest degree, they all fall short and suffer from their own inherent errors.

As Accurate as a Stormtroopers Blaster

Hydrostatic weighing typically produces errors due to the fact that you have to exhale all the air from your lungs before you are dunked and there is no guarantee that you have exhaled ALL the air.

However, in terms of accuracy, it is still more accurate than calipers.

BOD Pods use air which means you do not have to hold your breath while in them, not to mention you don’t have to get dunked so if water scares you, this is a safer alternative.

James Krieger of Weightology notes that things like facial hair and even the swimsuit you are instructed to wear into the Pod can affect the results and cause errors in the readings.

Depending on the manufacturer and even the type of laser beam used in the machine, readings can be different or not accurately portrayed. In the same series above from James Krieger, he notes that your hydration levels can even affect the readings of the machine.

Hydration levels also cause BIA readings to be wildly different.

If you measure after you exercise or even 20 minutes after you’ve ingested water, you’re more likely to get some erroneous readings from the device. Water conducts electricity, duh.

With my experience, I suggest using BIA first thing in the morning before you eat and after you’ve gone to the bathroom.

So what about calipers?

There are two big drawbacks to calipers:

Everyone’s bodies store body fat differently and in different places, thus you could have more BF than is actually measured.  I have a little extra body fat stored in my “butt handle”, that is a flabbier portion of my glutes that never gets measured due to the Jackson-Pollock Method.

My measurements might say I am 8% BF but that small pocket of flab is never accounted for.  So it’s likely my measurements are skewed.

If you have someone measuring you who is new to using them or does not have the experience on how to properly grab the skin and “pinch” the calipers it is possible that their measurements will be off.

That is why it is recommended that you measure multiple times at the same sites and rotate your measuring.

Tail of the Tape

For those looking to get a “general” sense of how lean they are, using calipers is an acceptable approach over the long term.

Once you get to where you want to be, then splurge a little and get a DEXA scan, take a dip in a Bacta Tank, or see how “egg”cellent your progress is in a BOD Pod, but be aware even those machines aren’t perfect.

However, I have one tool I suggest people use to gauge their progress more than any other because it’s cheap, easy to use, portable, non-intrusive, and there aren’t any outside factors that could cause errors: Tailors tape. 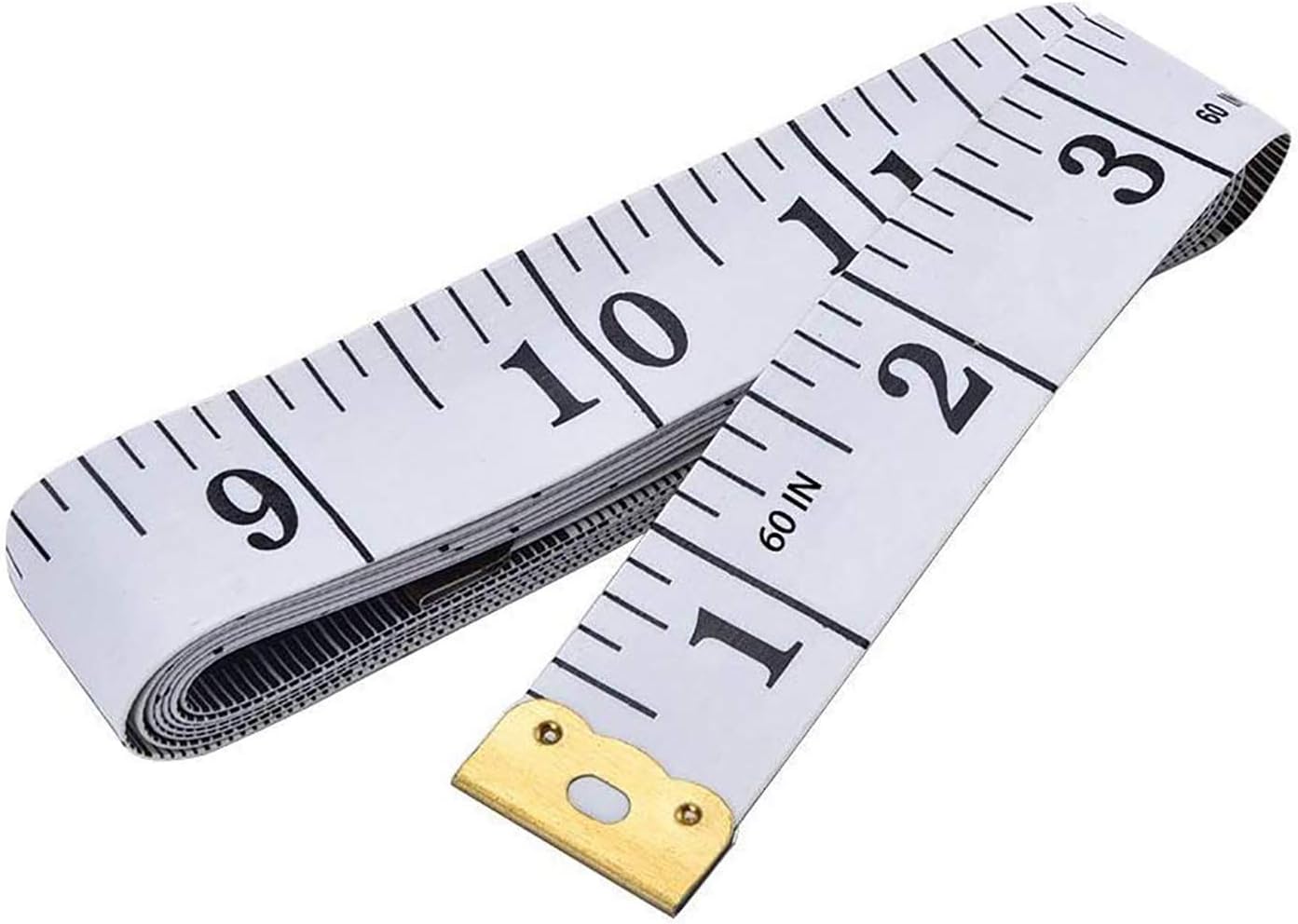 You can measure all the same areas that calipers suggest, chesticles, arms, legs, waist, hips, etc. But to gauging gains or the fat you’ve shredded with a tailor’s tape provides better positive feedback.

Instead, you could spend zero money on any of these tools to gauge progress and simply pay attention to how your pants fit.

Once they get a little loose and hang off a bit, that’s a pretty good sign you’re making great progress.

Embarking on a quest to get as lean as possible and achieve low body fat levels is great.

Be aware the devices mentioned here do have error rates and there is the possibility that due to where your fat is deposited that your results could be affected by this. Don’t let the minutiae of every millimeter on the calipers or percentage points from the BOD Pod stress you out or get you down.

Or, you can always look in the mirror and if you think: “Damn, I’d fuck me.” Then you’re on the right track.

In the end, your body fat percentage is just a number, it doesn’t define who you are.

*Side Quest Fitness, LLC is a participant in the Amazon Services LLC Associates Program, an affiliate advertising program designed to provide a means for sites to earn advertising fees by advertising and linking to amazon.com.*