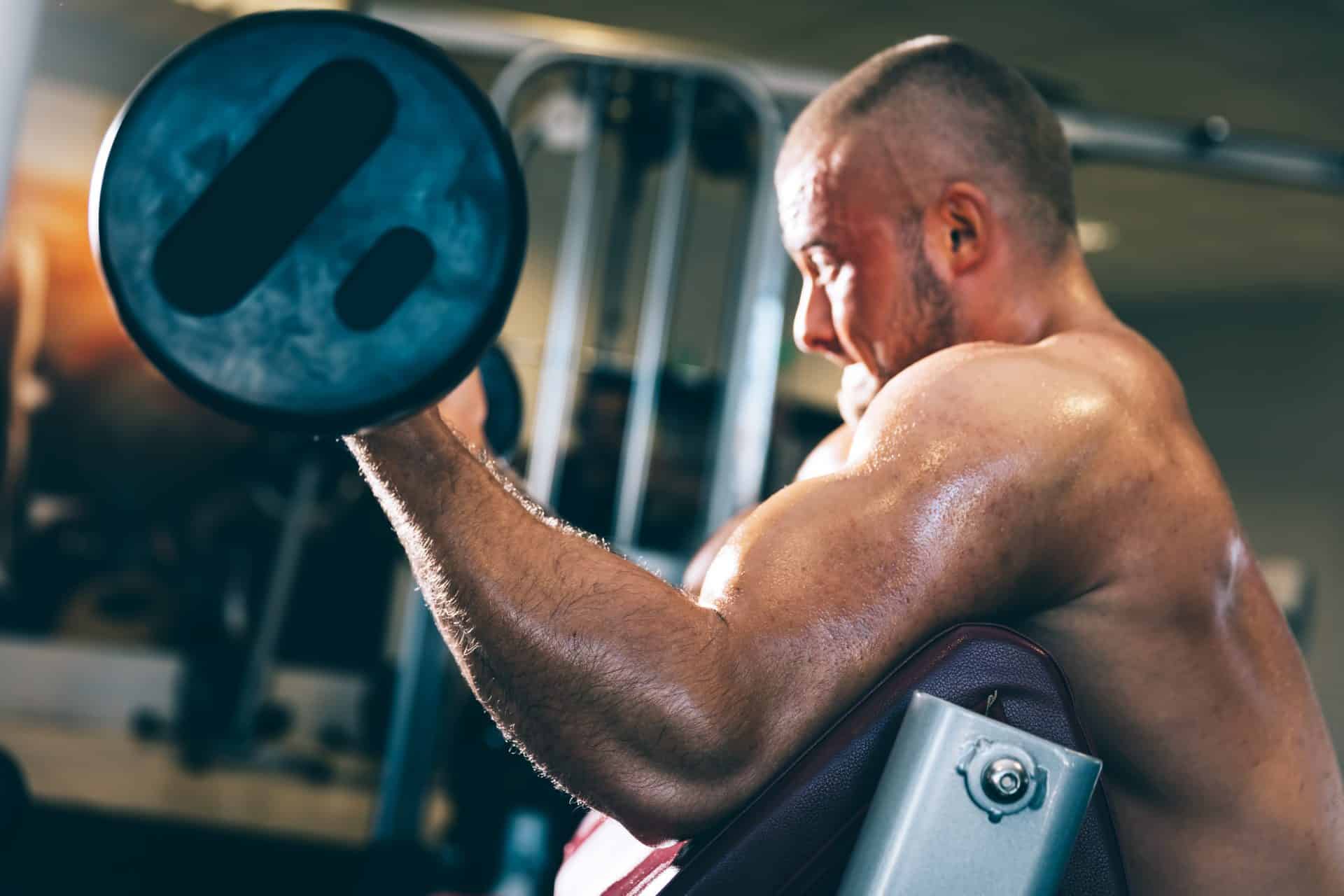 It doesn’t take a rocket scientist to understand the basics of a game like Angry Birds. Anyone from the age of four to ninety can pick up the basic gameplay mechanics:

As a lifelong gamer, I caught on to the deeper strategies behind Angry Birds pretty quickly. But my nephew is a different story. He got the basics. But what he couldn’t grasp at his young age prevented him from getting the highest score(s) possible, which limited his ability to advance to the next level.

What didn’t he understand about a seemingly simple mobile game?

He didn’t understand the role that angles play in getting the best shot possible. And because of this, his progress stalled. After a while, he got fed up with the game and quit. Does that storyline sound familiar to you?

Have you ever started something that seemed really simple at first, but then found yourself quitting weeks later because it felt like you were getting nowhere?

When you start hitting the gym, you think that it will be simple. You lift some weights, make some gains, chug on some protein, and BAM!, you’re gonna be stronger and leaner and sexier than ever. And if you’re relentlessly focused on the basics — squat, deadlift, press (bench or overhead), rows, and farmers carries — you’ll witness some pretty damn good results.

But understanding the basics of how the game works will only get you so far.

Like every game ever made, and in life in general, you need to level up your knowledge and attack your goal from a different angle to keep winning. So how do you build more muscle? You do it by targeting your muscles from different angles. And if you’re not, then you’re leaving precious gains on the table. 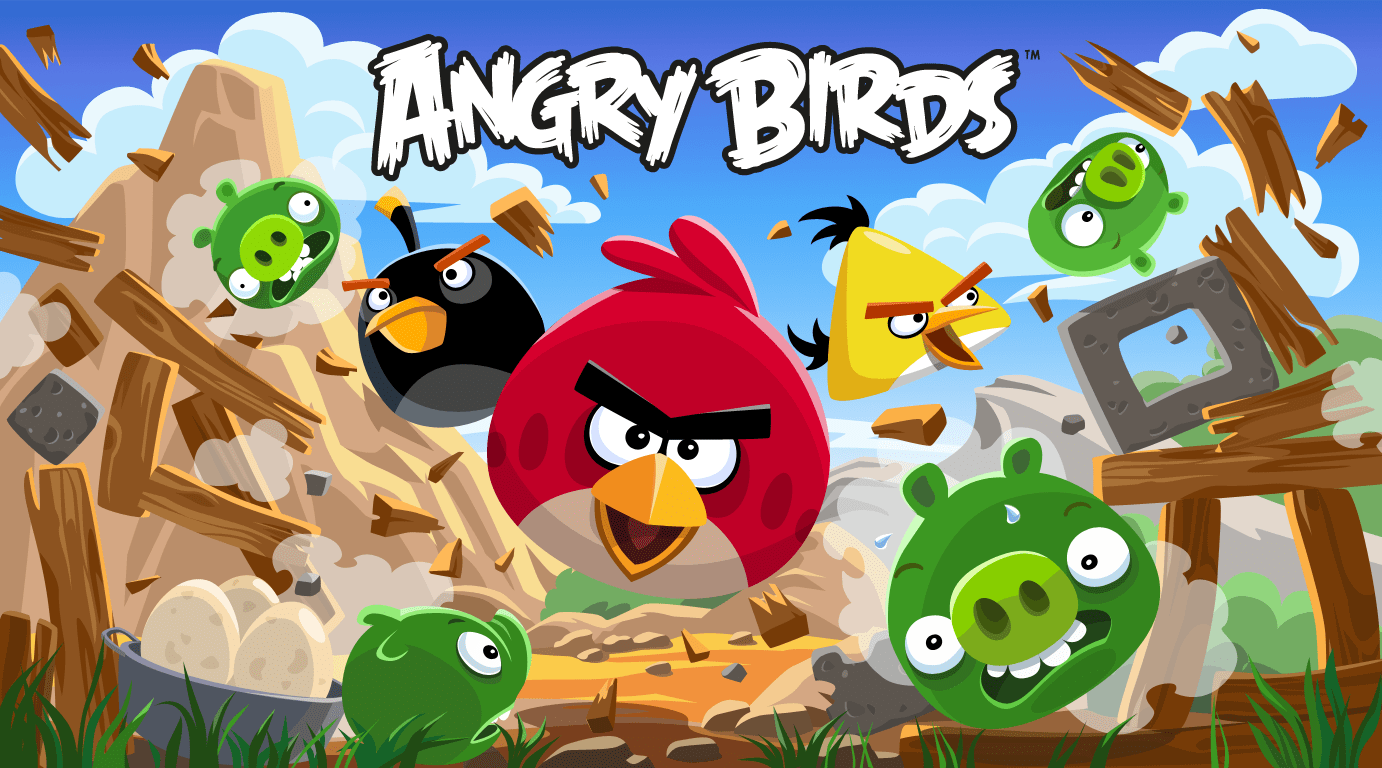 The Art of Angles

Your muscles have one primate function: they move your bones. In the terms of Angry Birds, your skeleton is the slingshot, and the rubber band you pull back to release the bird(s) are your muscles.

So when you change the angle that your bones move, you alter the muscles, or parts of the muscle used to move your skeleton. Similar to Angry Birds, this leads to more damage. And the more muscle damage you create, the more points you’ll gain. And more points means you build more muscle.

You don’t need massive angle changes, either. Small changes, even a few degrees or so, can alter the tension and the range of motion you put your muscles through. These changes can come from something as simple as turning your wrists from a pronated to supinated position to raising your heels in a squat or raising your toes in a Romanian Deadlift.

Altering the angle of the squat is simple. And this small change in the angle of your ankles leads to greater recruitment of your quads. All you need to do is place your heels on a 2.5 or 5-pound plate. By elevating your heels, you increase the range of motion at your knee. The main reason to do this is that you’ll increase the neural drive of your central nervous system. When this happens, your CNS tells your quads to recruit more muscle fibers.

The more muscle fibers you work, the more damage you do to your quads, which means you build more muscle in your legs.

Raising your ankles isn’t the only way to alter the angle of your squat. Taking a wider stance with your squat has a drastic effect as well. Wide-stance Squats change the angle that your femurs and hip move weight on the bar. If you suffer from knee issues, a wider-stance produces less stress on the knee by recruiting more of your glutes. But it also keeps your shins vertical, and if you have poor ankle mobility wide-stance squats make squatting suck less.

Of course, there’s one other angle you can hit your quads from that’s far more beneficial. Changing out the typical back squat for front squats completely changes the entire squatting experience. The anterior load from the bar takes pressure off your lower lumbar spine, which for older lifters or lifters with long femurs is far more manageable.

Front squats also recruit more muscle fibers in your quads and glutes. That’s right. If you want to build more muscle in your legs and glutes while putting less pressure on your spine, change the angle you squat from the back to the front.

Similar to squats, placing your feet on a weight plate changes the angle that you hit your hamstrings and glutes. But instead of elevating your heels you’ll be jacking up the height of your toes here. This increased stretch on your hamstrings ratchets up the tension, and tension is the key if you want to build more muscle.

If you really wanna change the angle with deadlifts, try the staggered stance deadlift. By sliding one foot back five to six-inches into a staggered stance, you force your front leg to work a little harder than the rear leg.

Like squats, wide-stance deadlifts, or sumo deadlifts, change the angle that your hips initiate the movement. Using a sumo stance with your RDLs or cable pull-throughs adds increased tension to your hamstrings.

Fact: your body will be stronger (or weaker) at certain joint angles. This is a good thing. High incline bench pressing targets more of the clavicle insertion of your pecs. You won’t be as strong here as you might be in a flat bench press, but inclined bench pressing helps build the part of your pecs that makes your chest look like it’s popping off your body.

And if you’re someone who struggles with overhead movements, high incline bench pressing allows you to still recruit your front delts, while hammering more of your pecs than a seated (or standing) overhead press would.

What about the sternal part of your pecs? If you’re after better cleavage, then the decline bench press should be your go-to here. Decline bench pressing disengages a large portion of your shoulders and requires your pecs to work harder. This was Dorian Yate’s favorite way to build more muscle in his chest. And that small angle change can help you target more of your pecs and less of your shoulder.

Speaking of shoulders, there are numerous ways you can change angles and hit your shoulders in different ways. Here’s the thing about the shoulders: the small stabilizer muscles of your shoulder girdle, the ones that assist your deltoids—I’m looking at you supraspinatus—steal tons of tension from your delts.

The front and the rear delts are important (the latter more so in my opinion), but when people look at your shoulders, what they often see is the lateral delts bulging out. But lateral raises have one major drawback: the first 15-30 degrees of the movement recruit your supraspinatus and not your lateral deltoid. That means you’re getting less time under tension with your lateral deltoid.

To perform this exercise: Grab a dumbbell and a stable post, you can use a pole or the leg of a squat rack/cable machine. Place your hand around shoulder height and lean away until your arm is fully extended. Perform a side lateral raise the same way you would while standing.

Perform these at the end of your workout. Aim for sets of 3 with 8-12 reps per set.

Pulling motions happen both vertical and horizontal—pull-ups/chin-ups, barbell rows, dumbbell rows. You can use angles to change the pulling motion of rows as well with lifts like incline rows and seal rows. Or you can do something even more simple and change the position of your hand.

Of course, if you’re some variation of horizontal and vertical pulling, you’re already using angles to build more muscle in your back. And with all of those exercises, you can change the position of your palms to change the angles that your muscles pull.

But there’s one pulling exercise where angles play a major role in what muscles get worked the most: the face pull.

Face Pulls are the most beneficial exercise you can perform for long-term shoulder health, increased upper body strength, and improved posture. Most people use this exercise to target their rear delts—a weak point for many desk jockeys and strength athletes. But face pulls also engage your traps. And you’ll target different parts of your traps by changing the angle of your face pulls.

The standard face pull—executed at eye level—recruits an even amount of your rear delts and traps. But, what happens if you place the resistance higher and pull it down towards your face? When you do that you activate more of your lower traps. Then if you flip that around and sit on the ground and perform a low-to-high cable face pull, you engage more of your upper traps.

Of course, we can’t forget the most important exercise of them all—curls. Curls are the greatest thing ever invented. I love hammer curls, concentration curls, and barbell 21s. But if you want to build more muscle in those saggy arms of yours, you need to use angles.

Incline curls place your arms behind your body—this increases the stretch of the long head of your biceps that runs over your shoulder joint. This increased stretch on your biceps creates massive amounts of tension that builds the peak of your arms.

Keep the weight light. Control the eccentric, and squeeze as hard as you can at the top of each rep. Perform 3-4 sets of 10-12 reps.

How to Build More Muscle and Win The Game of Gains

Leveling up in the gym isn’t always about lifting more weight. Sometimes the best stimulus you need to build more muscle is to perform an exercise you already know from a different angle. Angles create new stimulus (read: tension). And like Angry Birds, they allow you to gain a higher score and unlock next level muscle growth. 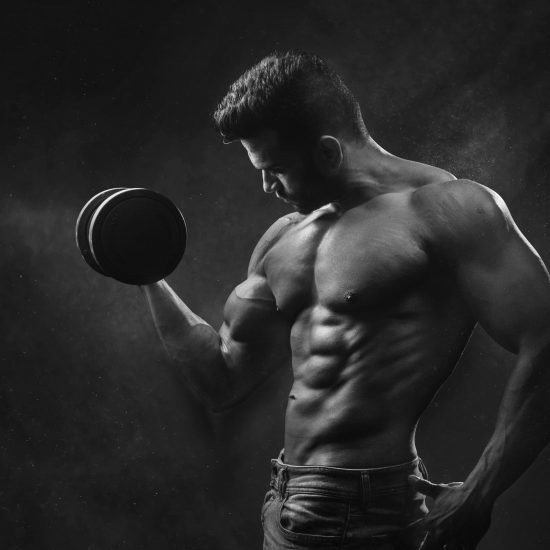