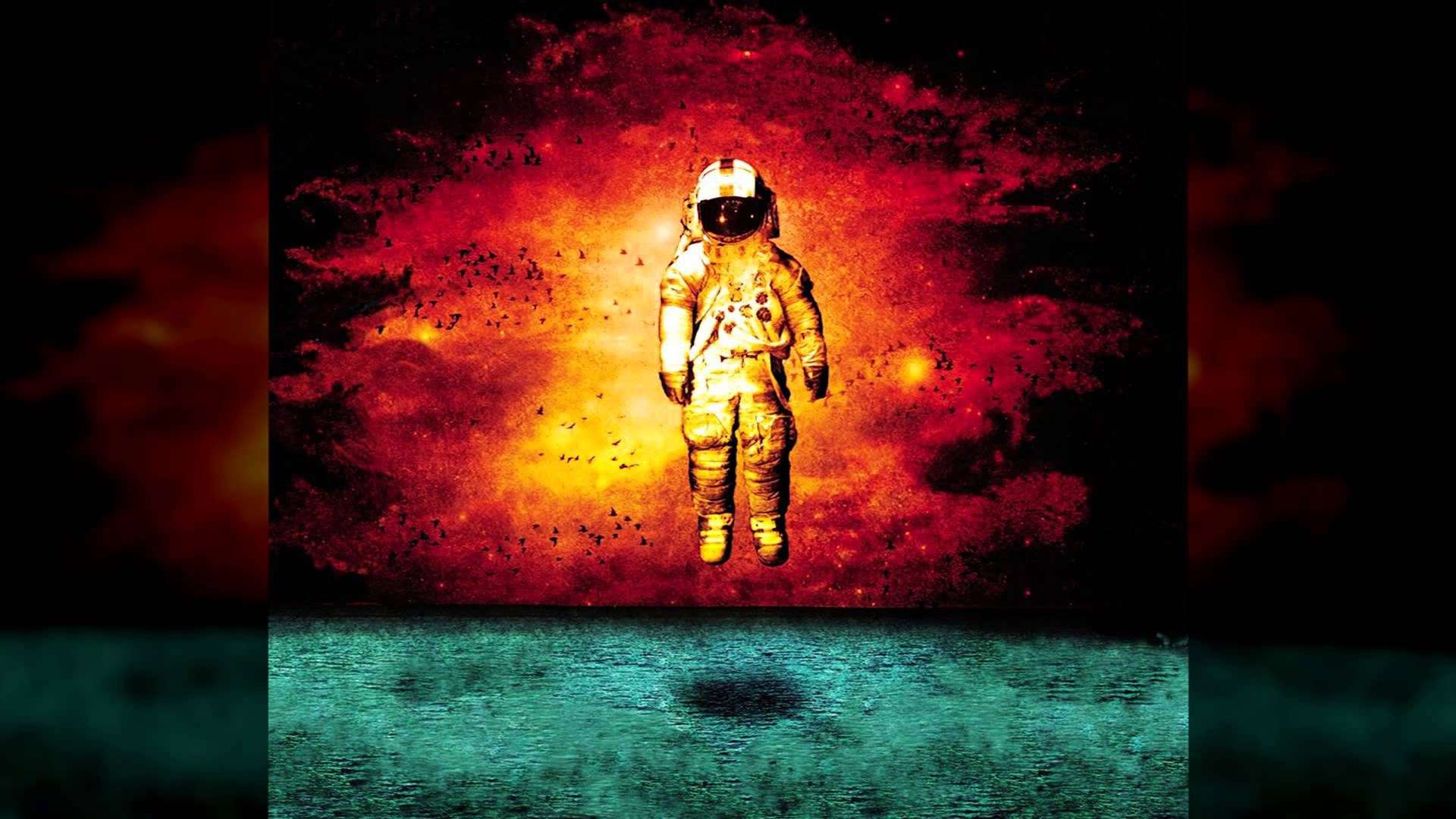 For almost three weeks, I’ve sat on the couch searching for words. Like a lighthouse shining its beacon across treacherous waters, my hope was that I would find the words I was searching for and bring them to port. But that’s not been the case.

Instead, I’ve spent countless hours with a salty taste in my mouth, smashed against the rocks in my head. And wherever I looked for inspiration all I seemed to find was emptiness.

Still, there were moments, flashes that provided some semblance of hope that I would escape these choppy seas. My rescue finally came during an email exchange with a client:

These words were the liferaft I needed. Music has soothed my soul, given me joy, and provided inspiration to press forward when the world otherwise failed me. It’s an indispensable part of my life.

Earlier this summer, I decided I wanted to write more about music than fitness. And so I set out to write about the one era of music that has meant more to me than any other: emo. The emo bands of the early 2000’s were my medicine in high school; they pushed me through some of the most difficult years of my life.

I knew from the beginning what band I would end my series writing about. Then, out of nowhere, Brand New—whose last four albums I had listened to non-stop for a month—released their fifth and final album, Science Fiction.

But nothing I wrote about Brand New made sense. Can I bring to the surface everything I’ve ever felt while listening to Brand New? How do I talk about a band that has provided the background music for 98% of the articles I’ve written, while also provided me ample amounts of broody goodness?

How do you say goodbye to a band who has provided you with music that’s been the therapy you needed during the most tenuous moments in your life?

Most people miss out on what makes Brand New so genius as a band. The genius of Brand New is this: you can’t understand the message(s) of some of their albums until you’ve gone through some of the same painful life-altering experiences.

When Brand New released “The Devil and God Are Raging Inside of Me” in 2006, I thought Brand New was done; I hated that album. I ignored its existence for years. But at the time, I couldn’t understand what Brand New wanted me to know. They had evolved as a band, digging deeper into their own thoughts of the world around them. I had not. They were fighting their demons, I was running from mine.

My teenage angst followed me well into my 20s. The high school experiences that Jesse sang about on Your Favorite Weapon didn’t happen to me until college. I (finally) lost my virginity my sophomore year. My first real break up came that same year. And that break up crushed my heart and soul. It changed much of who I was for the next decade. Packed full of anger and resentment, Your Favorite Weapon and Deja were the albums that defined college and my early 20s.

Seven years after the release of Devil and God Are Raging Inside of Me, that album finally spoke to me. Part of it was due to my continued questioning of my religious upbringing. Another was due to the fact, that like themes in Devil and God, I was dealing with coming to terms with adulthood; I was in a committed relationship, working a 9-5, and struggling to understand how to “grow up.”

What I once hated, now became the album that I felt the most connected to. And seven years after the release of Daisy, I understand the message hidden in that album; a message I would have never heard nor understood when the album was released in 2009.

I realize now that Daisy is about dealing with the choices you’ve made, and the pain of realizing you’ve poured gasoline on all your issues and burned them to the ground. So now, to heal, do you bury that old self at the bottom of the sea? Or is this who you are: a deeply flawed and terrified being who’s afraid he’s heading straight to Hell. 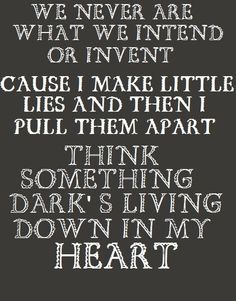 Music is therapy. But it’s also an adventure. Sometimes it can take you on a ride that leaves you feeling like you’re communing with the gods. Other times you feel like you’re navigating down the River Styx, dodging the darkest places you didn’t know existed in your soul.

During an interview with Tom of WashedUpEmo—a website where he’s been blogging about emo music for nearly a decade—he said something struck me to my core about music:

But it’s the same for the people who love an album. They don’t care about the new stuff. They want to hear the stuff they love.

Now, for those who nerd out on this stuff like you and I, we’re there to hear the entire catalog. We love the old stuff, we like the new stuff, but we’re there because the band means something to us; they’re beyond the music.

But Brand New isn’t the only band who does this to fans. Springsteen fans will tell you his work speaks to them no matter their path in life. The same can be said for Prince, Bob Dylan, David Bowie, and Neil Young.

That’s what makes good art: You can hear the art, and at first, you don’t get it. In fact, you might hate it. But that’s okay. Because what that art wants to show you can’t be seen yet; you haven’t sailed those water of life. But when you do, you’ll discover the message you need to hear.

And that’s the way music (or art) should be: a lighthouse that shows you how to navigate the harshest waters of your life. 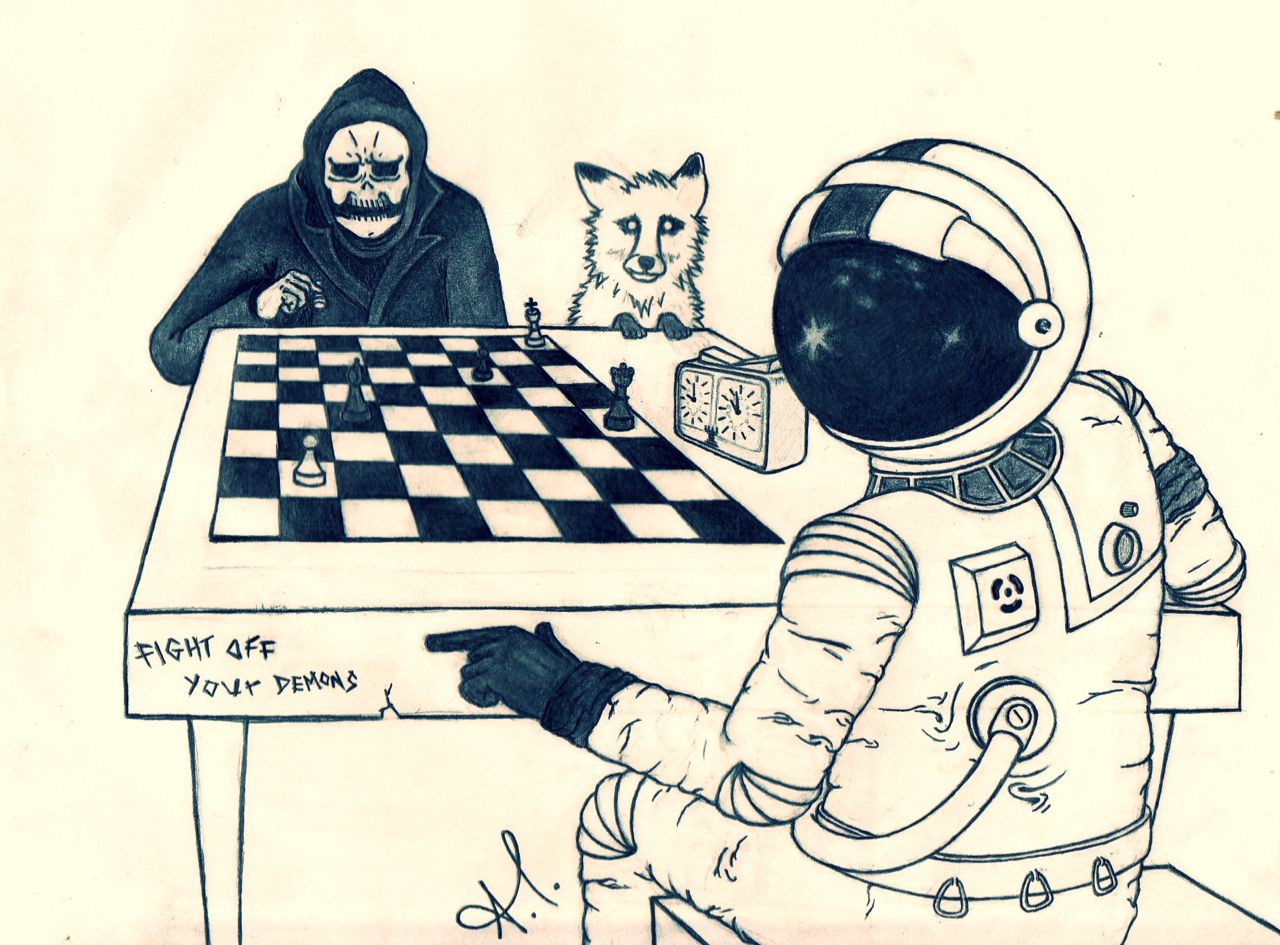 Fight Off Your Demons

Brand New has taken fans on a trip. As a fan, this trip has been one that spans the entirety of adolescence to adulthood. Your Favorite Weapon is all about teenage angst and betrayal. Deja Entendu is about dealing with the depression that comes from those early years of adulthood when you think you’re supposed to have it all figured out but you discover that you, in fact, don’t have a damn clue about what you’re doing, and growing up is a lot more difficult than you ever imagined (or were told it would be).

When The Devil and God are Raging Inside of Me was released, I was too busy drinking every weekend, smoking weed, snorting pills up my nose, and acting like a goddamned jackass. But when I was ready for D&G, what it showed me was my reflection: a young man struggling to come to terms with what he had been raised to believe; a man who wasn’t sure if he could be a good man; a boy too afraid to fight the darkness that surrounded his soul.

The same can be said for Daisy. It’s an album that deals with the repercussions of choice. An album that screams: you have a choice to either bury your old self and become something better, or you can continue pouring gasoline on the fire that is your life and punch yourself a one-way ticket to hell.

Where does that leave Science Fiction? It’s new. Fresh. And Brand New’s only Billboard #1 album and unlike anything you’d hear on the charts today. But does it speak to where I am, or who I am today?

Seven years from now Brand New’s final album could mean something entirely different to me. And that’s the beauty behind Brand New as a band: their music not only defines an era of your life, but it can evolve and show you new meanings throughout your years, guiding you like a lighthouse during the most treacherous of times.