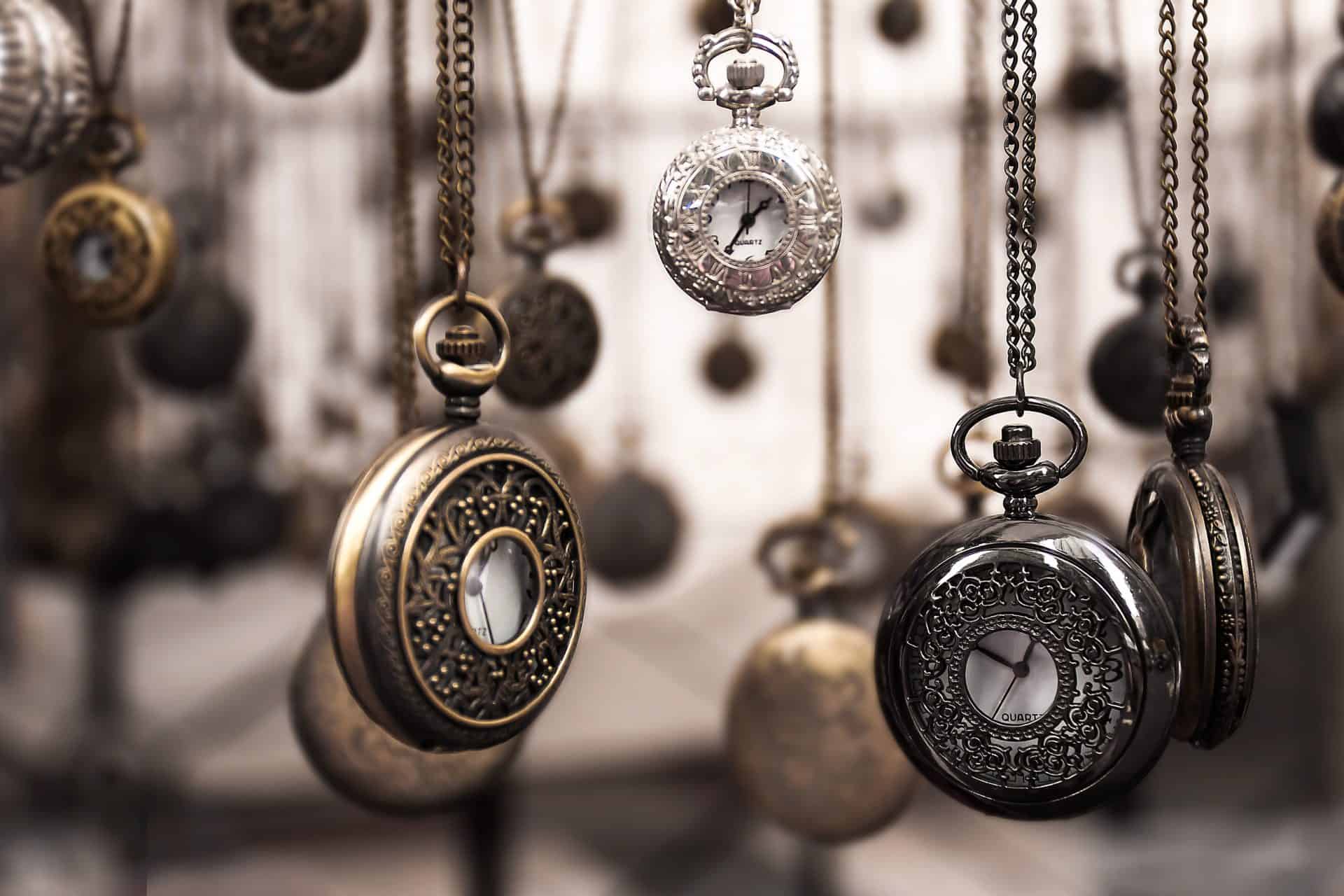 I spent the first weekend of October 2017 in Philidelphia for the Roman Fitness Systems Mastermind. The entire weekend was an amazing experience. But as I watched the sunrise over the edge of the Philadelphia Airport on the morning I departed, I couldn’t stop thinking about what happened on the first day.

Saturday morning was day one. And almost half of those in attendance were there for the first time. The first half-hour of the day became dedicated to introductions.

If you’ve ever had to stand in front of a group of people, especially people you admire, the experience can be more terrifying than a haunted house filled with murderous demon clowns.

And during (I believe) Allison Ormsby’s introduction, there was a moment where she probably would have preferred being inside of the demon clown haunted house.

But, it’s that moment that I haven’t been able to stop thinking about.

Allison mentioned her small (or non-existent) email list, and as she did so, two things happened

That laughter caused Allison to shrink further and further into herself, making the entire experience even more stressful. It’s already terrifying to stand in front of a room full of strangers and talk about who you are and what your business is. But when you’re greener than the Hulk’s skin in terms of your business, and then you hear laughter from people you assume are “making it,” your brain is floods with doubt.

Thankfully, seconds after the first snicker(s) reverberated off the walls of the hotel, John Romaniello, the leader of the Mastermind spoke up to quell the laughter.

And his next words surprised me. You see, to quell the laughter Roman mentioned my wife, Hannah. Roman brought her up because hanging on the front of my wife’s office door is this sign: 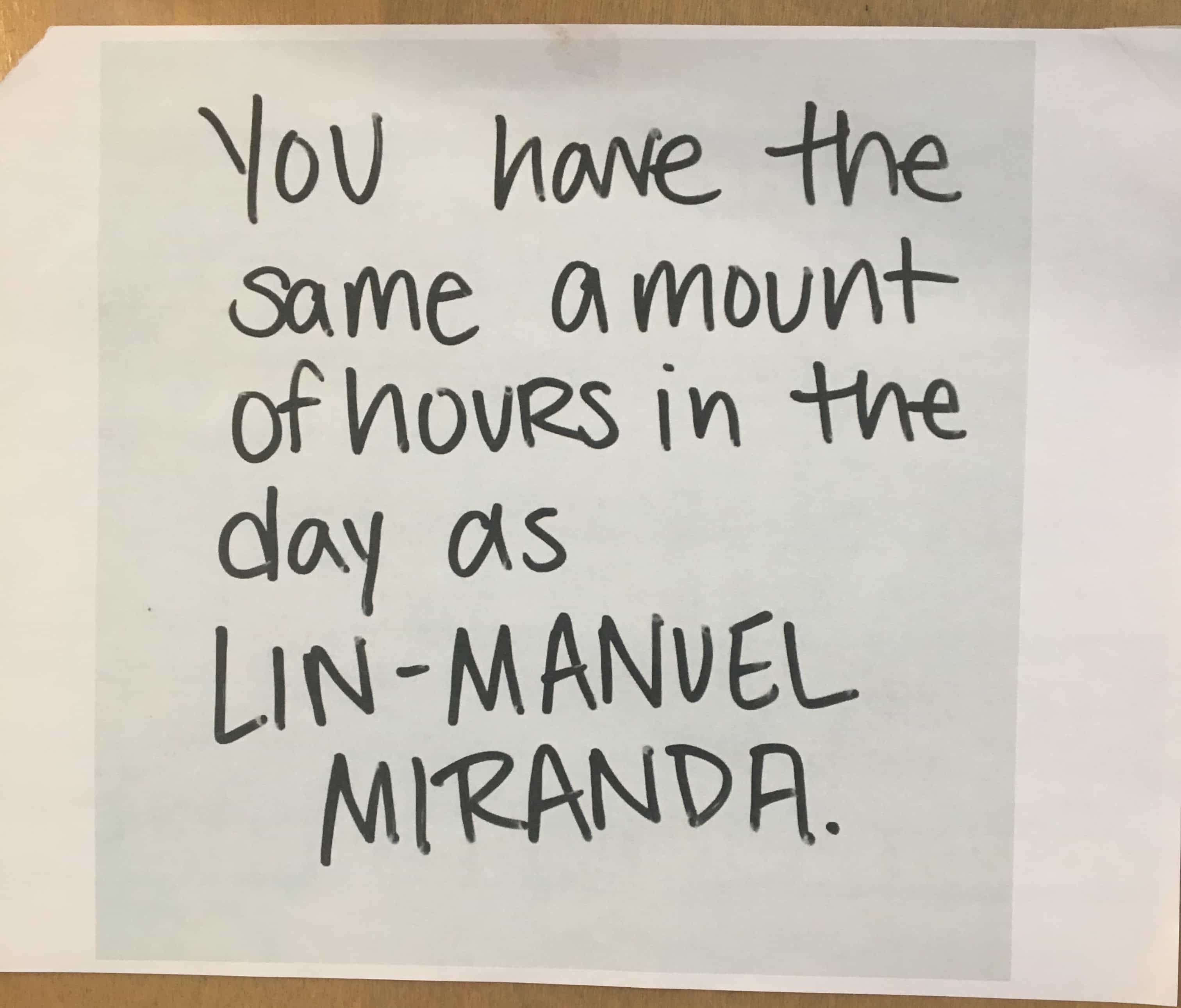 I love that sign. It’s a great reminder to her overworked students that everyone—even the amazing Lin-Manuel Miranda—has the same 24 hours to accomplish their tasks.

But on Saturday morning, Roman provided a new meaning for that sign.

You see, the laughter that exploded from the Mastermind veterans had nothing to do with anyone being a rookie.

It was a laughter fueled by imposter syndrome. Because the truth is, even the grizzled old-timers don’t feel like we’ve made it.

And like many of my wife’s students who hold Lin up in their minds as the pinnacle of success, all of the veteran Mastermind members have our own Lin-Manuel Miranda’s that we compare our success and failures too.

That comparison can be debilitating; it can crush your dreams and, as a former actor myself who desperately wanted to be the next Ben Foster (then Kevin Spacey when I got older), those comparisons can lead to you throwing in the towel.

I know a lot of men and women who are working to create the business or lifestyle that will allow them to impact the most lives.

I also see this with my clients all the time, too:

Here’s the thing: yes, there are people who have the success we desperately want to achieve. And having a goal or aspiring to reach a certain level is great; we all need goals to push us to be our best. But there are a lot of people who you think have “made it” that feel like they’re still failing. (I’m one of them)

We laughed on Saturday because:

1) we’ve been there and we know how tiny and insignificant we felt at the beginning, and

2) there’s a whole lot of us who feel like failures because we don’t have 1,000 subscribers, 40 clients, and are waiting for men/women with clipboards to show up and call us out for being phonies.

But as Roman said: yea, we all have the same amount of time as Lin-Manuel Miranda. And if you think Lin doesn’t suffer from doubt, a small amount of self-loathing or artistic torture about his craft, or that he is some kind of overnight success, you’re lying to yourself.

And it’s in the struggle that we grow, but you don’t grow without the struggle and without attempting to do shit that scares you.

And remember: Hamilton wasn’t written in one day. Even with 24 hours in a day, it took Lin YEARS to write Hamilton.

But don’t compare yourself to people who have spent a decade getting to where they are. Because even Lin-Manuel Miranda (probably) sat around surrounded by anguish and fear that he’d never write a musical like Rodgers and Hammerstein or Gershwin.

And that’s the message Roman wanted to send home to everyone there: no one really feels like they’ve made it. And that’s okay. Don’t let those feelings stop you from doing the work.

Because putting in the work is the only way Hamilton ever happened. And it’s the only way you’ll ever make your dreams come true, too. 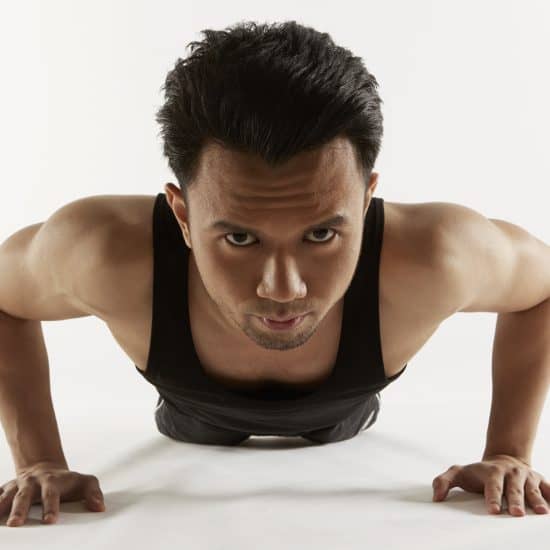