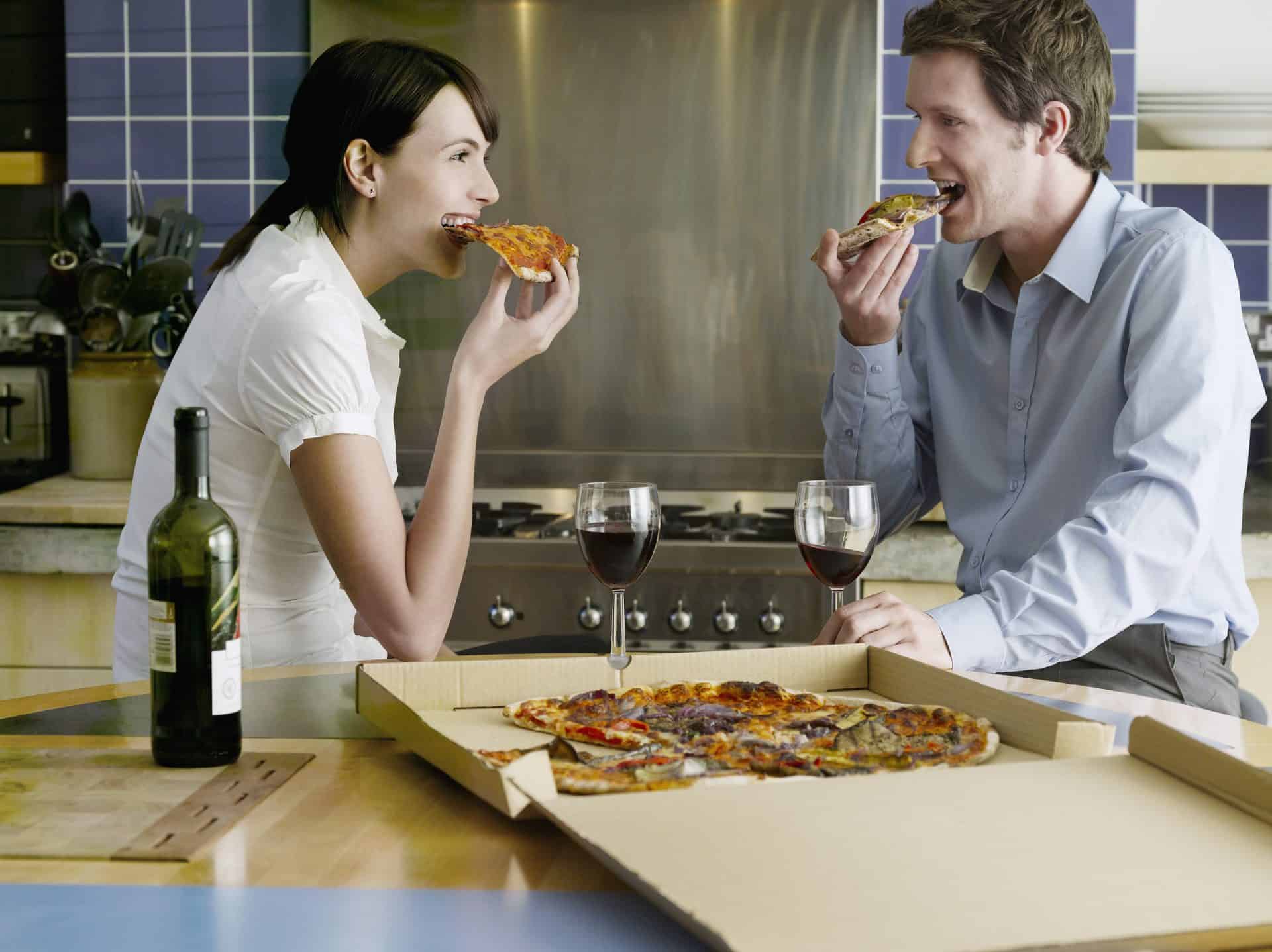 Allow me to introduce Janet and Jason.

Both Janet and Jason have been attempting to lose weight. Their average calorie intake for the day is around 2,000 for Jason and 1,600 calories a day for Janet.

But something happened last night.

Jason and Janet “cheated” on their diet. They ate:

Overall, they consumed nearly 2-3x their normal daily calorie goals. And since they’re both clients of mine, this morning, they emailed me. Telling me that they had effed it all up.

“Robbie, we went off the rails. We can’t believe we did that. We’ve really set ourselves back.”

So I asked them both the same question.

It’s not the number of burpees they’ll need to perform to burn off those excess calories from their binge. And it’s not the seconds they’ll need to spend walking or bench pressing over the coming weeks to get them back on track with their fat loss goals.

Those numbers are the total amount of calories Jason (730,000) and Janet (584,000) would consume in a year while in a calorie deficit (If you calculated their maintenance calories, on the other hand, you’d find that Jason could consume 912,500 calories in a year just to maintain his weight. And Janet would need 730,000 per year).

Let’s Do Some Math

Assuming they’ve been 100% on point all year so far, and we’re 136 days into the year, what would their total calorie intake be for said year?

Here’s what that means:

When you look at things on a small scale — one night, one weekend, one meal — it’s easy to spook yourself into believing you screwed up.

But this is a long game. And if you’re consistent over time and look at data on a year-long perspective, a day or two of going “off your diet,” isn’t going to hurt you in the grand scheme of things.

So you screwed up last night or last weekend or at that business lunch. Doesn’t matter. You’re one meal away from being back on track. So, get back to what’s worked. You’ve got time.

And if you put in the work, stay patient, and forgive yourself for “screw-ups,” in a year, you’ll be surprised at how far you’ve come.