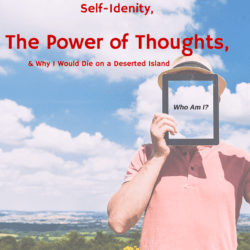 Never Have I Ever….

Watched a single episode of the television phenomenon Lost.

Lost premiered while I was in college. That place where I was too busy crushing Yuengling, playing poker, and smoking myself stupid to watch a TV show.

About a week ago my wife decided that she wanted to start watching Lost on Netflix. 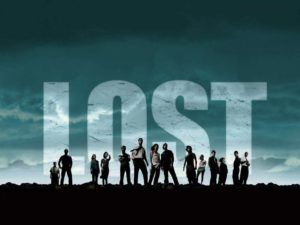 Why do I feel stupid watching a TV show about people having survived a plane crash on a deserted island?

Because I have absolutely no survival skills.

The survival skills in John Locke’s pinky finger far outweigh any skills I have to survive in the woods. Even my wife agreed that I’d be dead in a matter of weeks. Though, she thinks it’s because I wouldn’t have access to video games or the internet.

With the thought of crash landing on an unknown beach in my mind, for the last week, I’ve been thinking about the things I haven’t learned in my life or even accomplished in almost 30 years.

For the last seven days, I’ve been playing a very long game of Never Have I Ever.

Never have I ever:

Holy crap, looking through that list even I have to question myself a bit.

“What kind of nerd are you if you haven’t seen Dr. Who??”

“Shouldn’t every man know how to survive in the woods? Build a fire, heal a snake bite, you know man stuff?”

“You’ve never deadlifted 400 pounds? Do you even lift, bro?”

I Need to See His Identification

How we identify ourselves plays a vital role in how we interact with others around us but more importantly how we face obstacles.

Leo Babauta of ZenHabits wrote a great post (here) about self-identity. He said that most people think they are good people, identifying themselves as smart, capable, or good-hearted.

Yet when someone attacks our identity, calls us a liar/cheat/asshole/idiot etc, we are offended.

We have all been upset or offended when someone said something negative about us or our character.

This is the most important piece of his article:

And when we believe we made a mistake, this also is an attack on that identity. We made a bad choice … why can’t we have been a better person and made a better choice? This bad choice conflicts with our idea that we’re a good person.

So the problem spins around and around, without resolution. There’s no way to solve this problem, because the bad choice can’t be changed and we can’t resolve the conflict with our self-identity.

I’ve had countless battles in my life with my own self-identity. A self-identity that’s been molded and shaped by every family member, friend, coach, or mentor in my life.

Some instilled positivity, hard work, and a sense of accomplishment, while others were negative about mistakes I made or discredited my work, leaving me feeling incompetent and idiotic.

For more than 20 years of my life, I lived with a self-identity of a failure, a fool, a fuck-up who tried his hardest but never got it right.

Identifying myself as a fuck-up inhibited me from pursuing lots of opportunities. I was afraid of failure, but what was worse, this identity prevented me from taking action.

You can sit and dream all day but dreams don’t make themselves happen, your actions make dreams a reality.

That is what is so interesting about what I have seen so far in Lost. Each character must come to terms with their identity. Molding, creating and resolving their former selves with their current situation as well as their new “island” identity.

What molds and creates our self-identity is our thoughts.

You Are Your Thoughts

Humans have somewhere close to 50,000 or more thoughts in a single day. Most of these thoughts are repetitive.

In one day how many times have you thought:

These words, even if they’re never spoken from your mouth, are far more powerful than you’ll ever know.

Our thoughts drive our actions.

The next time you feel or hear yourself say something negative about yourself, ask yourself this:

“Would I say these negative and hurtful things to my six-year-old self?

As a kid, I believed anything was possible. I was discovering, playing, and experimenting to find my identity. One day I was Spiderman, the next a Ghostbuster, or a basketball player.

How can you break away from a negative self-talk?

One powerful mechanism you can implement is practicing empowering self-talk. Replace words like “I can’t” with “I am” or “I need to” with “I get to.”

Create a power phrase from the empowering self-talk list above and every time you feel negativity descending on you, say your phrase out loud.

“I am a strong, intelligent, and adaptable person”

“I will strive to be a little better each day.”

“I am a badass warrior princess and I will win this battle!”

Check out the I Am app which will send you powerful daily affirmations throughout the day.

Did you wake up today?

If you read that last sentence, then yes you did wake up today, and that is something to be grateful for.

Living in the United States, really any industrialized nation, we have a lot to be thankful for. Most of our most basic needs are easily met without much strife, so compared to hundreds and even thousands of years ago, we live in a pretty damn good time.

I have a task for you, a quick one.

Think about two things you’re grateful for today. Anything from your morning coffee to your maple flavored bagel to the time you get to spend reading a good book. Then I want you to click here and Tweet to me what you’re grateful for.

As those thoughts of negative self-identity began to fill my noggin’ last week what brought them to a screeching halt by writing down a list of the awesome things I HAVE done.

Our self-talk is a huge indicator of how we respond to the world or obstacles in our lives.

Maybe you have never climbed Mount Everest, or driven a race car, nor lost that weight you gained from college, but you still CAN.

Just because you’ve NEVER achieved your goal doesn’t mean you CAN’T achieve it.

I can still learn to skate backward

I can find balance with life and work.

I can help thousands of people unlock their inner heroes

Take your steps today and create or do awesome things.