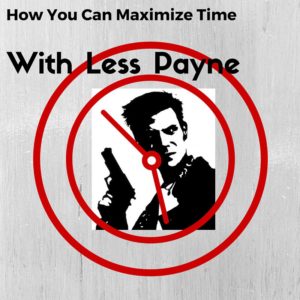 Tell me if this story sounds familiar.

A young hard-nosed cop, the brightest new star in the NYPD, returns to his home across the river in NJ after a long day on the beat.

Extending his hand to open the front door he suddenly feels the hair stand up on the back of his neck.

Like the rising crescendo of Beethoven, his heart quickens, thumping louder than ever. He turns the doorknob and slowly opens the door.

Turning to face him are three disheveled strangers, covered in long nappy hair. Lying next to one of the strangers is his worse nightmare.

Bloodied, lifeless, and cold on the floor of the home he had dreamed of for years are the young cop’s wife and newborn daughter.

Pain and anguish quickly fill his bloodstream and when he hears the words, “Hey, who are you? Shoot him!

In what feels like a freeze frame moment, our hero eyes his targets, marks them, and pulls the trigger on his gun, delivering a hail of bullets that strike the assailants, killing them instantly before they can fire a shot.

In an instant, reality hits our young hero bringing him back into real time, staring at the lifeless bodies of his wife and newborn daughter. All he can feel is maximum pain. 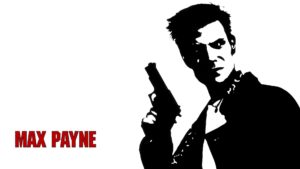 “If I only had more time”

No this isn’t the plot line of a new gritty primetime crime drama. Actually, it’s pretty close to the opening sequence of the hit 2001 video game Max Payne.

Max Payne introduced one of the coolest video game elements ever created, bullet time. A slow motion sequence that allowed you, as the character, to maintain real-time movement while the world around you slowed to a crawl.

Bullet time empowered you with the ability to make smarter, more direct choices while avoiding damage.

Who wouldn’t want to control time or have the ability to bend it to their will?

At some point, we have all wished we could have “more time.”

If Max Payne’s family had not been murdered, Max would be like most people, wishing he could find “more time.”

A lack of time is the most often given excuse for not starting a business, beginning to exercise, cooking healthy dinners at home, or picking up the phone and calling your parents.

With a Little Help from My Friends

A friend of mine who is a new father asked me recently:

How can I balance fitness, work, family, and other hobbies? I am a brand new father and it feels like I don’t have any time for these things.

Normally, I would send an email back to him and answer his question, but since I have no idea what it’s like to be a father and kids terrify me, I had to reach out for some help on this one.

I turned on the Dad-Signal, it’s like the Bat signal but instead of Batman it summons dads.

This time, it summoned two dads who are not only pretty kick ass fathers but they also run businesses as fitness coaches outside of their day-to-day jobs as a teacher and lawyer, Jason Helmes and Mike Yanda, both former podcast guests as well. 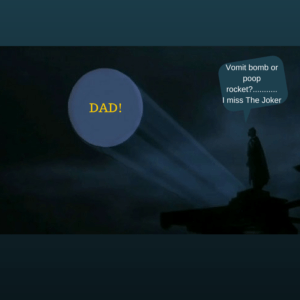 In the four below keys, both Jason and Mike outline how anyone, even those without kids, can maximize their time. Time that can be spent getting in shape, starting a business, creating art or pursuing something you are passionate about.

No matter how much you wish it, you can’t get time back.

You can however, make it work for you.

Get Time On Your Side

The routine is king.

You must find an effective, time efficient way of doing things and stick to it like it’s the last thing on earth.

Use your child as an excuse to stick to your routine. A friend wants you to get drinks after work?  Don’t go – and blame it on the kid.

Your boss wants you to stay late and that’s your gym time?  Say no, and blame it on the kid.

Let’s face it:  you’re not numero uno any more. Don’t be jealous of that fact. Use it to your advantage. Be selfish and schedule some “alone time” – to smash those weights. – Jason Helmes

Systems and routines are important too. I try to follow as close to the same routine as I can every single day. This helps me stay on track and eliminate wasted time. – Mike Yanda

In his book, The Power of Habit, Charles Duhigg says that we form habits by first creating a cue, a trigger for our automatic behavior. Which leads us to the second step, the routine or behavior itself. It’s the third part, that trips everyone up, the reward.

Rewards are what make our brain latch onto the pattern.

Mario sees a block (cue), then he jumps to hit the block with his head (routine), then he gets coins (reward). 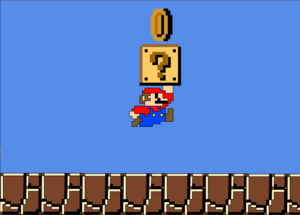 Reduce all your expenses as much as possible. This will pretty much be a necessity since daycare and diapers costs more than most mortgages. Only pay for what really matters. And what really matters is the health and vitality of you and your family. – Jason Helmes

It really comes down to making the time. Something has to give. There is a good chance he will have to cut something from his daily routine – whether that is TV, internet time, or something else. – Mike Yanda

What are priorities when it comes to the basics of health and fitness?

I rely heavily on schedules and systems. My wife and I have a shared calendar and EVERYTHING goes on it. Schedule work, meetings, blocks of time for hobbies, and of course time to workout, shop, and meal prep. I also recommend blocking out an extra time slot each week as a backup that way if you can’t make a work out you don’t have the “no time” excuse. When that block isn’t used it can be turned into hobby time or something else. – Mike Yanda

Finally, take as much thought out of the process as possible. Repeat meals, prep or plan ahead, etc. Don’t rely on willpower and don’t make decisions unless you have to. Have a plan and follow it. – Mike Yanda

Automating is HUGE when it comes to saving time. The best way to do this is instead of planning multiple meals in a week you can follow as I outlined here.

Pick a couple meals and rotate them every other night (M,W, F. Sunday, Tues, Thurs, leaving Saturday for a meal out if you need to or for a special night in).

My wife and I have done this for 6 months. Every week we choose two different dinners to rotate.

We bulk cook meat in a crockpot, prepare salads for the week, and my wife makes four days of overnight oats for breakfast.

Grab some of those recipes here.

It helps to follow a time-efficient training program, practice IF (intermittent fasting), and a few other things, but at the end of the day you have to commit to making the time and eliminate the unnecessary. – Mike Yanda

Your health is no longer what you need to do to “show off your abs”.  Now your health is something you need to prioritize to be a strong role model and display a vision of masculinity for the next generation. Make your children proud of your family name. That begins with your physical strength.

Having kids is the perfect time to get in shape. You don’t go out socially, you rarely dine out, you don’t drink as much, since hangovers are terrible at 5:45 am (which is when your kids wake up)…….it’s time to create life-long positive habits that will improve your family from here on out. – Jason Helmes

Daily obstacles feel more like a room full of enemies with Uzi’s firing bullets at your head. That situation, in video games might give you the ability to slow down time, carefully pick your shots and defeat your enemies.

In real life, however, time is the only non-renewable resource you have. The strategies that work for these two extremely busy fathers can work for anyone, even if you don’t have kids.

These tips from Mike and Jason are your real life bullet time. When implemented they will make your daily life more efficient and help you maximize time for more important things like your family, friends, or business.

Get time on your side. 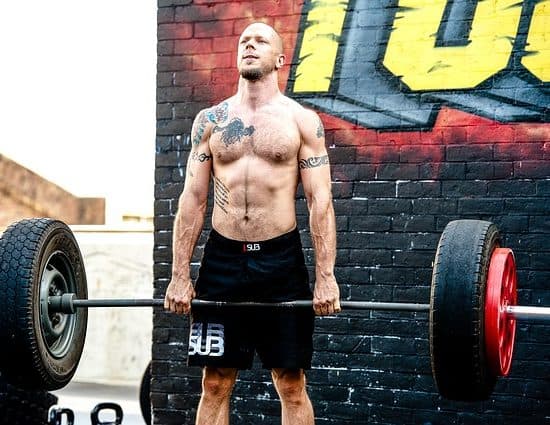