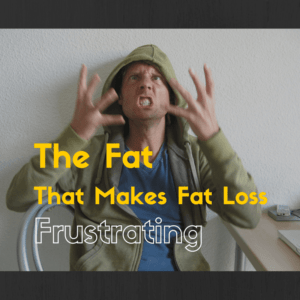 “I am going to lie on the couch tonight, watch terrible television shows that rot my brain, and drink beer.”

These were the first words spoken as my wife walked in the door after turning the page on her first semester as a college professor.

What craptastic show does a college professor rot her brain watching? Criminal Minds

The amount of distaste I have for this show can’t be measured. My wife knows this and told me I could go work instead.

Then I heard the scream. 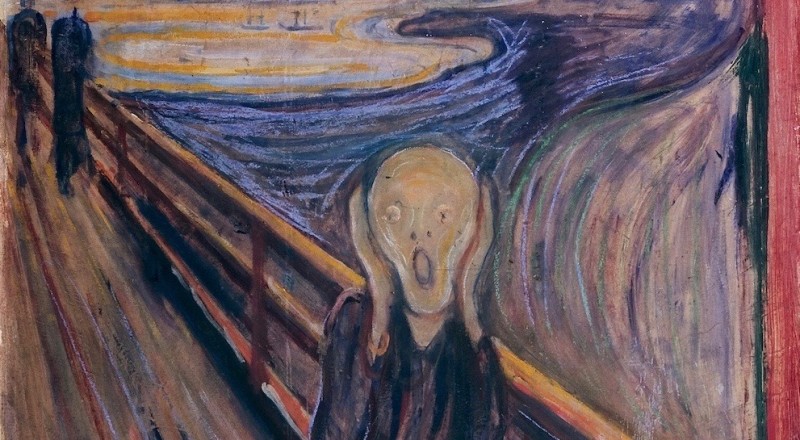 Let the Anger Flow Through You

An expletive-laden curse bomb so large even the most foul-mouthed Long Islander would have shuttered.

I would continue but I only typed that so you would say the words in your mind, mwahahaha.

My wife has a dirty mouth, slightly due to me, but to hear her string together a melody of curse words that would make Joe Pesci blush, made me a little proud.

Faster than a speeding bullet, I ran into the living room. I had to see what caused this titanic explosion of swears.

“NO! This fucking stupid Mario game is pissing me off! Stupid piece of shit and it’s stupid controls”

In that moment, as the flames of anger erupted from the crown of my wife’s cranium, I don’t think I’ve ever been more in love.

She’s not a hardcore gamer like myself but for once she understood the pain I have felt all my life.

The pain and frustration of that one jump, that one enemy, or the one puzzle that stops your progress, turns all your fun into frustration and flips your emotions inside out.

Frustration like this also happened recently with a coaching client.

I got on the scale and it didn’t budge! I haven’t drank at all, I have stayed under my calories, I am killing it in the gym, AND this was after pooping, what the hell?”

Tall Tales of the Scale

We have all stepped off the scale at some point and dropped our own Joe Pesci sized fuck bomb in its direction.

Scale weight can be affected by numerous things:

Like the Death Star’s tractor beam, the scale transfixes us all. Sucked in by its power, we believe that the number it displays is somehow the ultimate judge of our fat loss success.

It doesn’t tell the “whole truth” about how our bodies are fighting the fat loss battle. In this battle, we have two different types of fat we combat.

The fat we see in the mirror is known as subcutaneous fat, but hidden like tiny evil ninjas, deep inside our bodies is visceral fat.

My theater degree may allow me the ability to play a doctor on stage but it doesn’t allow me to play one online. That’s why I reached out to Ryan Bergren of White Coat Fitness to discuss the two types of fat.

One of the primary functions of visceral fat is to cushion our internal organs from injury, so it does provide value to us. Too much of it does rise our risks of cardiovascular disease and diabetes.

Since this fat is so deep in the body it can be hard to notice as it disappears. You could be losing it without noticing the change.

Waist circumference can be a very useful indicator to help highlight the loss of visceral fat.

Dropping visceral fat is done in the same manner as all fat, a calorie deficit.

There is no special way to reduce this fat but the nice part is…..it will be lost earlier than the stubborn fat areas. – Ryan Bergren

Seeing progress in the mirror is a huge confidence booster to anyone on a fat loss regimen. When we don’t see progress this is when we get frustrated and begin to question if we are doing something wrong.

The Fat You Don’t See

The picture below, as shocking as it may seem, provides an excellent look at visceral fat. The bright yellow areas in the picture are fat. 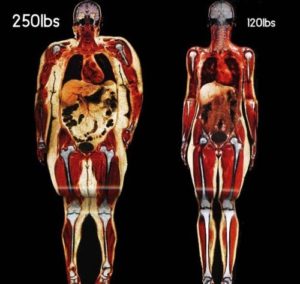 Take a closer look at the picture to the left, specifically the figure on the left.

Do you see the yellow around the eyes?

Or all the fat around the organs in the belly?

That is all visceral fat. Fat that our bodies will work to burn off first before it burns the fat we would prefer it to eradicate first.

According to the data, your body will burn the visceral first. Even if you think you are stuck and not making progress according to the scale, as long as you are in a calorie deficit and exercising 3-4 times a week your body is just in visceral fat attack mode. Give it time, keep up what has brought success so far and you will get there.” – Ryan Bergren

You can’t control where your body decides to burn fat at any given time. That’s why when those frustrating times come it’s imperative to focus on the things you can control like:

Control is the Key to Success

You may be frustrated and that’s okay, it happens to everyone. Fat loss isn’t easy.

Take a moment and throw a nuclear bomb of expletives at the scale. Then grab an old photo and look at the progress you have made thus far and celebrate those fat loss achievements.

When the frustrations come, forget the scale for a few weeks. Make your primary focus something you can control like the list above or focus on improving your lifts, getting more sleep, or hide the batteries in your scale.

Focus on what you can control and the scale will move.

PS my wife did finally beat that Mario level. 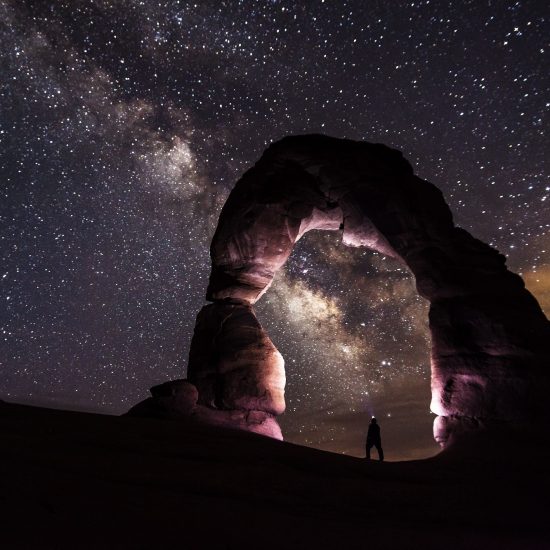