One of my best friends wives said the following to me this summer:

As odd as it may sound coming from a gym rat like myself, I totally understand where she is coming from.

For those that lift heavy weights, they know how empowering it can be, not to mention its numerous health benefits. For some, the gym is terrifying.

When I mention lifting weights to someone new to a workout regiment, sometimes I see this weird look of fear in their eyes.

A fear that if they lift weights, they will become some behemoth who eats his/her weight in red meat; a Situation wanna-be gym rat who spends six days a week working out and only talks about his abs, or a woman who shoots up testosterone and now wins Tom Waits karaoke contests on Saturday night.

This is the problem with stereotypes. They only give you an Instagram selfie shot of an extreme.

Not everyone who works out is a meat-headed bro or a woman who looks like Ice from American Gladiators.

If you are thinking about starting an exercise regiment, you don’t have to lift weights or run on a treadmill or that stupid elliptical thing either.

You can stay in shape and never set foot in a gym.

Let’s cover a few alternative activities you can do daily or multiple times a week to stay fit.

If there is one thing that needs to make a comeback in the new millennium it is skating rinks.

Unfortunately, many of the ones I am aware of, that are still open, sit in dilapidated conditions on the side of town where even WalMart won’t build. However, there are some good ones out there.

You can always buy a pair, lace them up (or lock them in if you get rollerblades), and skate in the park or down the street. If you decide to skate on the sidewalk, please remember your helmet and elbow pads, don’t be a jackass.

Is there anything more awe-inspiring, calming, or “all natural”?

Renting a canoe, kayak, or even a stand-up paddle board are great ways to get a back and arm pump in!  Stand up paddle boarding is also one hell of a core workout as well.

Competitive rowers and Olympic rowing athletes have backs and arms that would make any gym loving bro jealous.

You don’t have to row like an Olympian either. You can be a little more leisure with it if you wish. However, if you are out on a river and have to fight the current, then prepare yourself for one helluva workout!

You can always buy a rowing machine and do it at home like Frank Underwood in House of Cards.

On the topic of activities in nature, it would be wrong not to throw biking in here. Most of us learned how to ride a bike as a kid and sadly once we got that slick 1994 Mustang Convertible, ahh Alexis how I miss thee, you probably have not touched a bike in years.

Biking is a guaranteed calorie burn, as well as a great conditioning tool due to the likely variations of intensity due to climbing hills, pedaling or descending hills.

It is also not a bad way to build some sexy calves. #teamnocalves

Dancing terrifies me more than telling your grandmother “No thanks, grandma, I’m full.”  I may have a degree in Theater Arts, but I never could master the “art” of dance.  So I reached out to my good friend Ashleigh from college.  Ashleigh is a choreographer, dancer and personal trainer in NYC and had this to say about dance as exercise:

One of the latest trends is “barre” classes. These are more like an intense yoga or pilates class with a focus on toning, strength and flexibility. They are similar to taking a ballet class- but cranked up to focus more on the fitness benefits of ballet.

If you want to hop in a dance class to get good calorie burn I’d recommend hip hop- it’s fast paced, far less technical, and you rarely stop moving. Probably the most intense cardio workout I’ve ever done came from a Bollywood style dancing class, but these tend to be much harder to find.

One of my favorite recommendations for women is to find a belly dancing class near by. All the movements center around the pelvis and the core- so you get a great lower and upper abdominal workout as well as the obliques and pelvic floor muscles.

Every style of dance also offers unique benefits in regard to which muscles are activated. Almost all forms of dancing involve constant movement, changing directions, or stabilizing on one limb.

You’re getting a bodyweight workout and don’t even know it!

The most common form of dance exercise in the last few years has been Zumba…I suck at it too and especially on the Wii.

This one might require a giant set of cojones.

Rock climbing, like serious no safety net below you climbing, is dangerous. That whole “well, I could die from this if I fall hundreds of feet on the jagged rocks below,” yea scarier than a Jaws marathon on a boat in the Great Barrier Reef.

Rock climbing with a harness in an indoor facility is safe.

So I apologize for the moments of intense fear your mind just visualized.

At these places, you have instructors who take you through a safety course, monitor you the entire time, and if there is an extreme wall like in American Gladiators, usually you have a safety net or a foam pit below softly cradling you as you fall.

The great benefit of rock climbing, especially as you advance and go up the tougher side of the wall, is that it is basically another disguised full-body workout.

Shoulders, arms, fingers, wrists, legs, neck, and your brain all have to work together to keep you moving.  Even with the safety equipment attached and carrying some of your weight, you have to pull your entire body weight up to ascend the wall.

I do not have kids.

However, I have a niece and a nephew and when they are not glued to their tablet playing or watching other people play Minecraft; these two kids will wear you out quicker than a Crossfit competition.

They can provide one heck of a cardio workout, though!  They also provide you a sense of returning to your own childhood.

Throw some baseball, football, or play a game of tag.

You could create 30 minutes of activity with kids every day and not only would that give you time with them, but you get exercise and they get it too!

Building that habit into our youth may be one of the best ways we can combat the growing obesity epidemic in the US.

These two “games” are for your fancy smart phones.

However, they are games that instead of flinging birds at pigs, slashing fruit, or whatever it is that Candy Crush does, they get you outside and walking and exploring.

Geocaching has become an international sensation. There are more than 2 million caches around the world in over 185 countries with some estimates of 6 million or more Geocachers worldwide according to Groundspeak.

For those that wanted to be pirates when they grew up this is your game.  It is basically a worldwide treasure hunt, where you use the GPS on your phone to locate containers filled with trinkets and a logbook.  As long as you leave a trinket behind you can take a trinket from the box.

This is a map in Ingress of Denver, Colorado

Ingress is a competition between two teams where they must claim or fight over “portals.”

Just like Geocaching, there are portals all over the Earth.

Your team’s job is to “claim” those portals, build them up and link them. When you link three portals together in a triangle, your team captures what is known in the game as “mind units” and are important for providing your team with points and powers.

The portals show up as points you can capture in the app, however, in real life these portals could be sculptures, signs, churches, murals, or other unusual objects or places.

Do What You Love

You do not have to become a “gym rat” to get fit.

You don’t “have” to lift weights or run for miles on a treadmill.

Strength training and cardio are important and I could argue tons of data points as to why each should be included in every person’s training regiment, but that is for a different day.

Finding an activity you enjoy to do and look forward to participating in will benefit you more in the long term than trudging around and doing something you despise.

Love what you do. 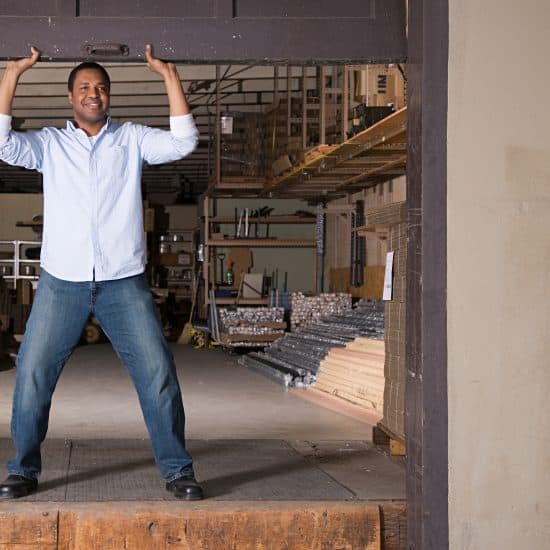