“I generally avoid animal products. And I can only handle dairy in small doses as it messes with my stomach pretty bad. So how do I hit the protein recommendations that you have given me as a vegan?”- an email I received from a client

As a bacon-loving, chicken-chomping, deviled egg devouring (not kidding if these are at a party, I will eat them all), beef feasting lover of protein brotein, reading those words sent my brain into a tailspin.

My initial thought: “I guess I could mention vegan protein supplements.”

But the supplements I use, and the ones I suggest to clients or curious readers, aren’t vegan. So they wouldn’t work in this instance.

And when it comes to high-protein vegan foods, the only two I could think of was lentils and tofu. But that doesn’t leave my client with a lot of options.

If there’s one thing I know, it’s protein. I can tell you without a doubt how much protein chicken breast, thighs, ground beef, or fish. But how do you get protein if you don’t eat meat?

So I did what any curious person does today: I used Google. And in my research, I realized there are actually a ton of high-protein vegan foods that don’t require buying supplements.

Originally created in the 1960s as a possible food replacement to help combat the global food shortage, Quorn, was developed in Britain and released in the early 1980s. It quickly became a staple for vegetarians in the United Kingdom.

Quorn isn’t “vegan” friendly. They use egg whites for binding. But Quorn does pack a decent amount of protein in a 100-gram serving.

Per serving you can expect to get about 11g of protein, 9 grams of carbs, and 3 grams of fat, which comes out to around 90 calories per serving.

Natto is made by fermenting soybeans. It’s creation dates back to ancient times and is created by combining the natto soybean with a bacterium known as Bacillus subtilis. This bacterium is abundant in rice straw, so in ancient Japan, they’d pack the steamed soybeans into the rice straw and leave it to ferment.

Natto can be a turn off to some due to its strong and pungent smell and slimy texture.

Tempeh is another soybean product that originated in Indonesia.

It’s the most popular protein source for inhabitants of the island of Java today. Tempeh is made by fermenting soybeans with a bacterium.

Tempeh, however, uses the whole soybean during the fermentation process thus giving it a higher content of protein and dietary fiber.

This is probably the best bang for your buck if you’re looking for a high-protein non-meat alternative.

Unlike the others listed above, this one is super low in fat and its protein content is high. However, on the amino acid side of things, it does lack lysine. That’s why most people cook Seitan in soy sauce due to soy’s lysine content.

In a 3-ounce serving of Seitan, you’ll get 1g of fat, 3g of carbs, and 18g of protein. But looking at the picture below, it looks kind of like a dog turd.

So what is Seitan?

Seitan is not made from soybeans. 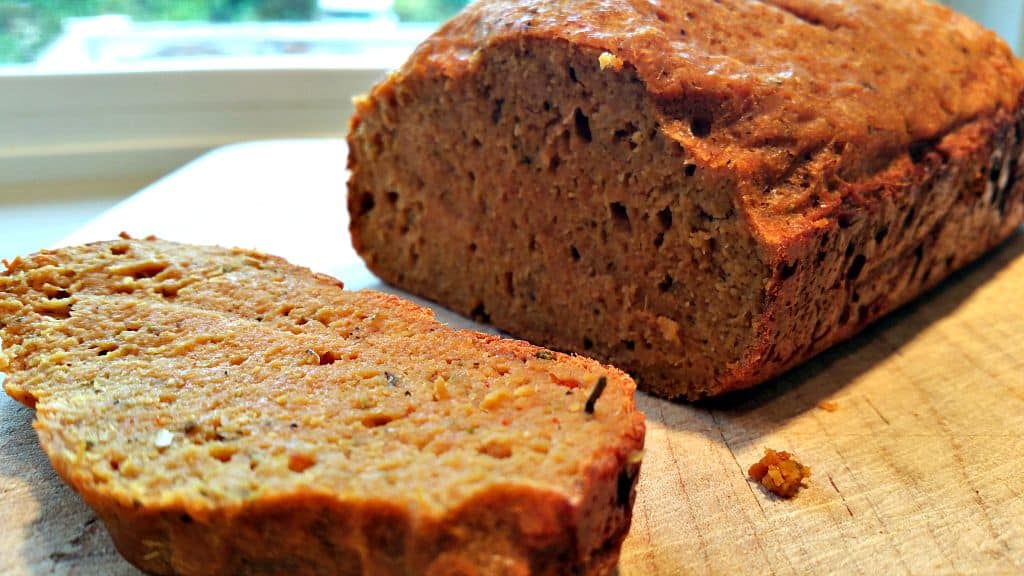 And no, it’s not actually a dog turd.

Seitan was created more than a thousand years ago as a meat substitute for Chinese Buddhist monks. It’s made by combining gluten with herbs and spices, then adding it to water or stock, and bringing the mixture to a simmer.

Which means, if you’re a gluten-free vegan/vegetarian, stick with soybeans.

However, if you’re not some trendy hipster and love bread/wheat, then this might be your meatless protein choice.

When clients ask me how they can sneak more protein into their diet, powdered peanut butter has now become the first thing I tell them to pick up.

Because no matter what you hear in the media, nuts and nut butters are not high in protein. 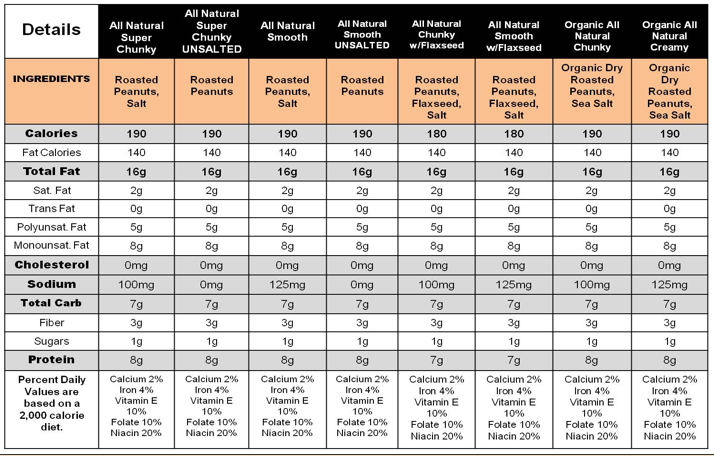 Peanuts and they’re packaged buttery spreads have a 2:1 fat to protein ratio. That doesn’t make them high-protein—that makes them high fat. But peanut butter fans need not worry. And if you’re vegan, and tired of soy products, powdered peanut butter cuts that from 16g per serving down to 2g while keeping 5g of protein. 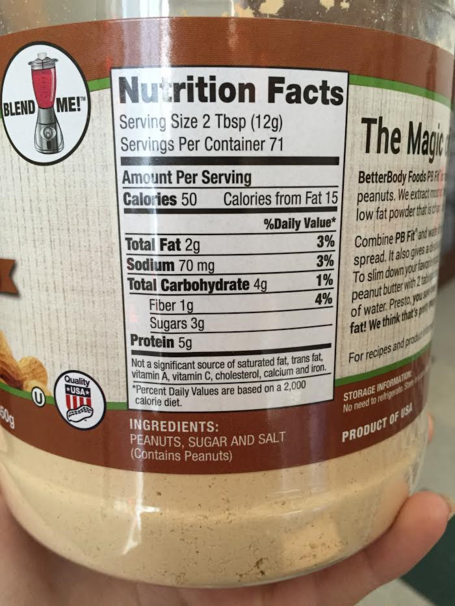 PBFit is (so far) the best brand of powdered peanut butter that I’ve found. And if you’re looking for a cheap and simple vegan source of protein—while keeping peanut butter in your diet—then get a giant tub of this.

How the Rest of the World Gets Protein

Beyond those sources, you could get protein from the two sources most of the world gets its protein from: rice and beans.

When compared to meat sources, rice and beans only offer a moderate amount of protein.

But here’s something you may not know, and why you might want to reconsider eating rice and beans. In the areas of the world that are referred to as “blue zones,” rice and beans make up the largest portion of their diets. And the people who live in these areas also live longer than anywhere else in the world.

Then again, I can see why they live longer.

For anyone who avoids animal products, these are going to be your go-to source for protein.

With their high-protein content, they may be something my Brotein loving friends want to try one night and give the ol’ chicken breasts a rest. From what I’ve discovered it’s not super difficult to get high-protein sources if you don’t eat meat.

Your main problem will be finding sources that have complete protein profiles (meaning that they have all the essential amino acids within them, Quinoa is a complete protein source but fairly “low” in protein compared to the ones above).

As a coach, I preach eating an assorted amount of veggies, my motto is “taste the rainbow: make your plate as colorful as possible.”

If you avoid animal products, I suggest following the same guideline to get all your needed amino acids.

Eat a wide array of the high-protein foods I mentioned above to get everything your body needs so that you can recover and build muscle just like your meat-loving counterparts.