How many yards did the greatest running back in NFL history rack up in his career?

Walter Payton, better known as “Sweetness,” was one of the most jaw-dropping players to ever play the game. 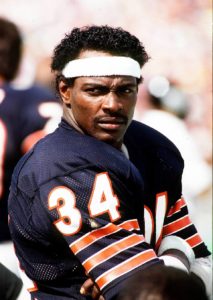 Over his career, Walter Payton accumulated a ton of prestigious awards:

And until 2002, he held the record for the most rushing yards in NFL history. That record now belongs to Emmitt Smith.

Wanna know something even more astonishing? Walter Payton only missed one game in over 13 seasons playing in the NFL. Becoming the fastest and most agile athlete on the field meant that Payton had to be lean, strong, and ridiculously explosive. So how’d he accomplish this? What was the training strategy that allowed him to build massive amounts of lower body strength and power?

He became the master of running hill sprints.

Forging the Mind of a Champion

It didn’t matter if it was the off-season or not, Sweetness started every single training day with hill sprints. And when it comes to igniting body fat like the fires of Mordor or building stronger more powerful legs, nothing is more kick-ass than hill sprints. Hill sprints push your fat burning to the next level. But they’ll also challenge your mental fortitude.

Mental toughness is exactly what a record-setting NFL running back like Walter Payton needed to be a champion. Payton’s favorite hill can be found in Arlington Heights, Illinois — it’s now known as “Payton’s Hill.” Walter Payton showed up on this hill, every morning, pushing himself to the brink physically and mentally.

But during the off-season, Sweetness would return home to the banks of the Pearl River in Mississippi and trained on an obstacle course he built on the river bank.

Summer in the South sucks: It’s hot, humid, and sweat flows from your ass like Niagra Falls. None of that stopped Walter Payton, though. Even during the hottest part of the day, you’d find him running sprints on the river bank.

You may not be the next Walter Payton.  But if you’re tired of the same ole cardio routine or looking for a new and challenging way to burn more body fat. Look no further than hill sprints.

Sprint Your Way to Lean

As long as you have your legs and a nice steep hill, you have all the equipment you need. And you don’t need a hill the size of Everest or Mount Doom, either. As long as the hill is steep enough to get you a wee bit out of breath, that’s all you need.

No worries, do what Walter did: use a landfill for your hill sprints. Ahhhh, there’s nothing better than the sweet smell of garbage in the morning.

Before you head out to the landfill, though, as with all workouts, make sure you warm-up before you sprint up any hills. Basic bodyweight exercises or dynamic stretching will get the blood flowing into your legs, glutes, hamstrings, and prepare your lungs for what comes next. If you want to get a little warmer before you start hill sprints, run up the hill 3-4 times (no longer than 10-15 seconds) at 50% capacity.

Whatever you do, don’t go crazy on your first day of hill sprints—trust me, it’s not as easy as you think.

The first couple of times you sprint uphill, perform 3-5 sets at 75% of your full capacity. After a week or two, slowly add in additional sets while you ratchet up your intensity. Continue until you’re able to finish 10 sets of max effort hill sprints. Each time you reach the crest of the hill, catch your breath, and then slowly walk back down the hill. Rest for a minimum of 2 minutes but no more than 3 to 4 minutes. Then hit the hill again.

Your sprinting should last no more than 20 seconds. Actually, it will probably be less than 15 seconds, if not less than 10. To cool down, take a walk for 10-15 minutes.

Hill sprints don’t take a lot of time. Even if you can only get four or five sets in, you’ll still send your metabolism through the roof and burn copious amounts of calories.

Warning: Don’t add these in on a heavy leg day. And if for some reason you’re crazy enough to run up a hill post leg day, don’t expect to perform at your highest level. Save hill sprints for off days or days you can’t make it to the gym like when you’re on vacation.

Not only can these bad boys help one of the greatest running backs in NFL history stay at the top of his game. But hill sprints can help you level up your metabolism and burn fat hotter than the fires of Mordor. 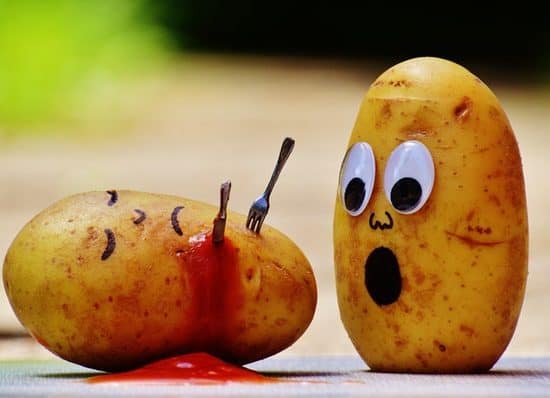