It’s that time of the year when in the hopes of attaining Captain Americanesque biceps most guys start curling every day of the week.

The real secret to getting bigger arms is to focus on building up your triceps. There is another bicep muscle, however, that you should focus some more of your time on that by doing so will make you look like a beast.

Hold on a second, bro, there is another bicep muscle?

The hamstring is comprised of three different muscles: the aforementioned bicep femoirs, the semitendinosus, and the semimembranosus. To keep it simple for this post we will stick with lumping all three together as the hamstring.

The hamstring is vital for moving two of our most important joints: the knee and the hip. It also assists in laterally (outwardly) rotating the lower leg when the knee is bent.

The hamstrings play a major role in everyday activities like walking, running, jumping, and providing power for your sweet ninja kicks you practice when no one is around.

The hamstrings are a natural pair of “brakes” for your legs as they control the primary action of decelerating knee extension.

Instead of hammering your quads to build your legs, if you want a pair of tree trunks that would make Groot envious, focus on your hamstrings.

When leg day rolls around at the gym, most people, probably have it set up similar to this: Barbell Squat, Leg Extensions, Lunges, Leg Press, Leg Curls and Calf Raises.

If the above looks like your leg day I highly suggest you drop the lunges and leg press and spend more time on your hamstrings.

All that time you are seated at work in your chair or on the couch is causing your hamstrings to become weakened. Neglecting to train (and properly stretch) your hamstrings can lead to knee pain and instability, with some studies pointing to possible increases in ACL injuries due to an unbalanced quad-to-hamstring ratio.

We can’t all recover from an ACL tear like Adrian Peterson. 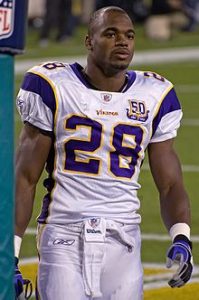 The hamstrings are a part of a larger group of muscles known as the posterior chain which includes the hamstrings, glutes, erector spinae, external obliques, and those pesky calf muscles.

A stronger posterior chain directly impacts athletic performance as it generates the majority of your explosive movements due to a greater proportion of fast-twitch muscle fibers. Mario and Luigi didn’t get their jumping ability from doing squats and leg presses all day — I guarantee you those guys put in some serious posterior work.

A weak posterior chain can also lead to back pain, poor core stability, and knee pain. Back and knee pain are two of the most common treated forms of pain in the US.  Spending a little more time on the posterior chain in your training can strengthen those muscles and help to elevate or reduce the occurrence of pain.

There are a ton of great exercises you can do to strengthen and build up the hamstrings, so I reached out to some of my colleagues in the fitness industry and asked them to share their favorite hamstrength building exercises.

(psst  check out both times Eric Bach has been on my podcast as well, here and here)

One, the hamstrings are responsible for hip extension and knee flexion, both of which take place during sprinting. Sprinting occurs at high-speeds and requires incredible hamstring strength to recycle your stride and swing the leg downward in preparation for hitting the ground. As a result, the hamstrings undergo explosive, high-intensity contractions similar to explosive and heavy lifting.

Second, Sprinting before lifting is ideal for improving performance by potentiating the nervous system for heavy and explosive training. This comes with a risk versus reward trade-off as sprinting done before training must be enough to spark the nervous system, yet low enough in volume and intensity to not fatigue the body and hinder lifting ability. When fatigue is managed, strength performance, conditioning, and athleticism will skyrocket.

Perform sprints two days per week. Start with 5 sprints of 10-20 yards with 30-60 seconds of recovery and add one sprint per week, maxing out at 10 sprints.

Sprints require sound mechanics and practice before you can pile on tons of volume, a process to which most gym rats aren’t willing to dedicate time. With that in mind, sprinting for conditioning must be done sub-maximally on either a hill or incline to prevent over-striding and hamstring injuries.

Start with running two days per week on a treadmill or hill.

Remember, all of these should be ended at the 10 minute mark. Increase your speed before jacking up the incline to preserve technique.

Side Quest Note: Sprints are absolutely the ONLY type of running you should do when you are training for the Zombie Apocalypse.

I wanted to throw something novel out there for people to try, but at the end of the day I couldn’t ignore my one true love: the deadlift.

The hamstrings respond really well to heavier weights, lower rep ranges, and explosive movements. The deadlift is both an explosive lift and a lift that allows you to lift in lower rep ranges with maximal loads.

Some coaches debate on whether a lifter should be using a sumo or conventional style. The answer is subjective, but for almost everyone I work with the answer is sumo.  What makes sumo the obvious choice in my eyes is safety. The sumo deadlift allows a lifter to keep a nearly upright torso after a little mobility work, and that is a huge advantage in keeping the lumbar spine (lower back) healthy.

For a very long time, the conventional RDL was my go-to assistance exercise for the posterior chain. That was until I stumbled across the love-child that is the Snatch-Grip RDL.

Similar to the conventional RDL, there are few exercises which are better at developing your posterior chain. By gripping the bar with a Snatch-Grip, as opposed to a more Conventional one, you encounter two major benefits:

The most common mistake I see with this is that people go too heavy too soon.

Luckily, the grip component of the snatch-grip helps remedy that.

(Read: go too heavy and you won’t be able to grip it)

Slow down the exercise and focus on feeling the “stretch” in your hamstrings as you lower the weight.

Seated or prone machine leg curls are a fantastic way to beef up the hammies – if you’re a bodybuilder, that is. From a more “functional” standpoint, knee flexion rarely occurs in sport or life without concurrent hip extension. For this reason, supine hip extension leg curls (or SHELCs) are the evolved coach/trainer’s preferred alternative. SHELCs can be performed with a slideboard, valslides, or even paper plates atop linoleum.

For beginners, just the eccentric (negative) portion will provide plenty of stimulus.

With abs and glutes tightly contracted, assume a glute bridge.

Slowly extend the knees to a count of about 5 seconds, maintaining a straight line from shoulders to knees throughout the entire range of motion.

When the legs are fully extended, allow the hips to drop, slide the feet back in, and repeat for a total of about 4-6 reps and 2-3 sets, with a minute or two of rest in between.

Be sure to squeeze those glutes like you mean it to avoid a hamstring cramp.

Robbie’s favorite is the Glute-Ham Raise

I was introduced to these last year (thanks Mike Vacanti) and hated them but after four weeks, I fell in love.

As you progress, you can increase the difficulty of this exercise by adding weight via a dumbbell/plate or by adding a resistance band.

It’s All About Dat Ass

To build a pair of powerful and deceivingly huge looking legs, spend some quality time hitting your other bicep muscle this summer.

Skip the leg curls and add a couple of these hamstrength exercises to your workouts.

Building your hamstrings to get larger looking legs and become more explosive will aid you should you get sucked down a pipe this summer and end up in the Mushroom Kingdom.

Trust me, you will want that added power for all those Koopas you have to jump on and fireballs you have to dodge while saving the princess.