The MOST Important Life Skill of All

In college, my friends and I were obsessed with Top Chef. For some reason, we thought it would be the perfect show to watch high.

When you’re stoned, Family Guy, South Park, or Aquateen Hunger Force are what you watch.

A TV show about food that induces an epic fit of the munchies is NOT the best thing to stream into your brain when you’re high.

Thanks to the inspiration of Top Chef, my friends and I attempted to remake our favorite dishes from the show.

A few turned out well.

Others, not so much.

Do I remember any of these meals?

I was higher than Snoop Dogg on a day that ends in “y” while I made them. (And ate them.)

Luckily, what did stick from those days was a love of experimenting with food.

Rummaging through my fridge, picking out a random assortment of ingredients, all to see what I can “whip up” for dinner is a lot of fun.

There’s an excitement, a je ne sais quoi, about deciding what you can make with a chicken breast, mozzarella cheese, bacon, squash, and a zucchini.

If you follow the Side Quest Fitness Facebook page, you know that every Tuesday I put up a video of an awesome taco recipe.

Shocking as it may be, I do make more than tacos.

I’m not an expert or a master chef by any means. 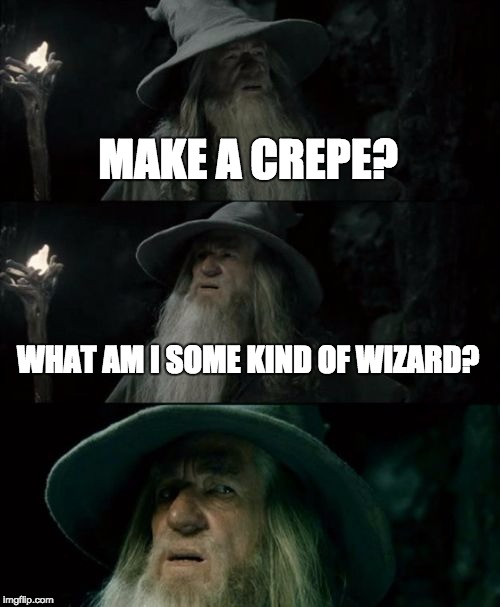 The Greatest Skill Known to Man

Cooking is like deciding how to build your character in an RPG.

As useful as it may be deciding if your character should have higher strength or charisma attributes, cooking is, by far, the greatest life skill you can learn.

Why is it the greatest life skill you can learn?

Because learning how to cook helps you:

The art of cooking accomplishes all three of those and then some.

What Cooking Can Do for You

Once I moved off campus in college, I needed a little extra mullah, so I got a part-time job.

Those paychecks disapparated in no time.

Where that money was going, I had no clue.

Sure, it could have been all the beer I drank during the week. Or the weed.

It could have been all the video games I bought as well.

Except, those weren’t the real drain on my meaker college student bank account.

When I decided to sit down and look at a month of my spending, I found that I was eating out two, sometimes three times a day.

$4 for breakfast, $7 for lunch, $9 or more for dinner, and that doesn’t even count the late night Taco Bell runs.

I was spending nearly $300 or more a month on eating out and less than $60 a month on groceries—not including beer.

This next part seems a bit absurd to me.

There are people in big cities who spend thousands of dollars a week eating out.

At 52 weeks in a year, that would mean those people spend more than the national median yearly income of Americans on dining out alone.

That’s money you could be spending to pay down debt, investing, taking a trip, or using to start your own business.

Next time you throw your hands up and say, “I’m broke” or “I don’t have any money,” take a quick look at how often you eat out.

The number one reason that cooking at home helps you lose weight is that YOU’RE in control.

Cooking at home allows you to control how your food is prepared and cooked.

Everything from the butter used to cook meat, veggies, or the sugar added to your side dishes, even the amount of salt used to cook things, is all under your control.

When you’re at a restaurant, you have no idea how much butter, salt, sugar, oil, etc are being added to your dish.

A 2014 study from Johns Hopkins found that cooking at home was the “main” ingredient for a healthier diet.

The study found that those who cooked at home consumed smaller calorie meals than people ate out more often.

Cooking at home helps you to better understand the number of calories you’re consuming. By paying more attention to what you’re consuming and how much you’ll also discover that you can eyeball portions at restaurants more accurately.

During my Fallout themed S.P.E.C.I.A.L. podcast episode, I detailed how you can improve your perception attribute by using a food scale. If you haven’t listened to that one, check it out here.

You can grab one at Target, Wal-Mart, or Amazon for less than $20.

Before you buy a gym membership, hire a coach, or pick a workout playlist, your best weapon in your battle with fat loss will be picking up a food scale.

One of my college roommates got laid more than anyone I knew at the time because he cooked for every girl that came over.

He wasn’t cooking four-course meals, but he was doing more than 90% of the guys on campus when it came to wooing a woman.

Everyone knows the way to a man’s heart is through his stomach—that I won’t deny. But women are attracted to men who can cook too.

I asked a friend of mine why she likes that her husband cooks:

Oh, and I can’t promise anything, but it can lead to some amazing sex.

Meditation has become hugely popular in the last few years.

But you can find ways to meditate without sitting and breathing or chanting for half an hour.

Cooking can be pretty damned meditative.

It’s a time you can turn off all the stresses of the day, put on some jams, catch up on podcast episodes, or keep it silent and remain in your thoughts.

For me, there’s something about taking a pound of ground beef, adding spices to it, and then digging your hands into that giant ball of gains.

Like our ancient hunting ancestors, I feel an immediate connection to my food.

There’s a pride that comes with getting your hands dirty.

When you eat out you don’t have a connection to your food. You didn’t make it.

For a moment, you feel like you’re connected to your ancient, wild brethren.

Each bite tastes better than the last and you enjoy each succulent morsel, knowing if you were to die, right now, this steak would have made life fucking worth it.

Man, if sex weren’t amazing, cooking the perfect steak would be the next best thing.

Creates a Sense of Independence

No one wants to feel like they’re being babied their whole lives.

Cooking your own food makes anyone feel more independent.

You can make tacos, how you want, and when you want. You can make steak and eggs for breakfast. You can wrap everything you cook in bacon.

You can deep fry Twinkies if you so desire.

Hell, you can have nothing but meat for dinner and forego the veggies and there ain’t a damn thing your mom can do about it.

There are hundreds of people today who don’t know how to balance a checkbook.

Fewer men today could tell you how to whittle a spoon, start a campfire with sticks, or tell which direction they’re heading based on the direction the moss is growing on the trees. (Shhhh, it’s North and I’m not even a boy scout.)

Cooking helps you stand out.

Likely mates will notice your cooking prowess but so too will your friends around you.

For example, think about the dude manning the grill at cookouts.

He asks for a beer and someone gets it for him.

Oh, he needs a utensil or BBQ sauce for the ribs? Done, someone brings it to him.

You know who else gets anything he asks for?

Learning how to cook not only makes you feel like a king, but it can allow you to eat like one too.

The Strangest Chef You’ll Ever Meet

You know what would make learning how to cook more awesome?

If someone decided that they could turn cooking and learning the process into something every nerd or geek could connect to.

Sure, Martha Stewart taught your mom and your aunt how to cook.

But she bored the fuck out of you (and me).

You want to learn how to cook from a kick-ass superhero.

Well, maybe not a “superhero” but a dude who has to save the fucking world one eggplant parmesan at a time.

Wait, what the fuck is eggplant parmesan anyway?

And how do aliens and monsters fit into cooking?

They fit in perfectly in the world of Chef Dave Strange.

You’ve either worked with or known someone like Dave at one point or another in your life.

He’s sarcastic, even caustic at times, hard-working and prideful.

Dave shows up early and puts in the work others find demeaning.

He earns respect as quickly as he loses his temper. He’s a cool guy, just sometimes, he’s kind of an asshole. But a cool asshole, so you don’t mind.

Dave’s the dude you can count on in a pinch.

Who cares if Dave has a nickname for you that you don’t like.

You tolerate it because it comes from Dave and that’s his way of showing respect.

He’s a man’s man. Honorable, upstanding, no nonsense, smart, witty, but a bit of a loose cannon at times.

But you need to be all of those in the world Dave finds himself in.

Somehow dimensional portals have been opened on Earth.

Don’t ask me how or why, this shit just happened and Dave has to deal with cooking meals for the old god’s of mythology, aliens, pan-dimensional beings, and Elvis impersonators.

What’s, even more, badass is that while you read the comic and follow Dave on his journey of cooking eggplant parmesan, you’ll have all the ingredients and instructions necessary to cook your own eggplant parmesan by the end.

A cookbook within a comic book?

Thanks to my friends Silas and Brian, you can check out a brand new adventure with Chef Dave Strange every week, right here.

Are YOU the Next Top Chef?

In the pantheon of video games, you’ll find a dozen or more games based around cooking. Like the classic arcade title Burger Time or the most recent sensation last decade with the Cooking Mama series.

Hell, even Disney released a game in 2002 called My Disney Kitchen.

Cooking is kind of a big deal.

It’s the only skill that helps you lose weight, save money, or impress potential mates. Because those dance skills will only take you so far.

The main thing to remember about cooking is to have fun and experiment.

Add things together that seem odd just to see how they turn out.

Someone added Peanut Butter and Jelly together one day, and voila, an instant classic.

For myself, when all else fails, I add bacon. Or, whiskey.

Or, for something a little bit different. 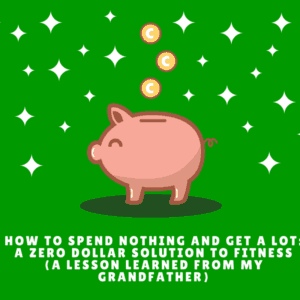