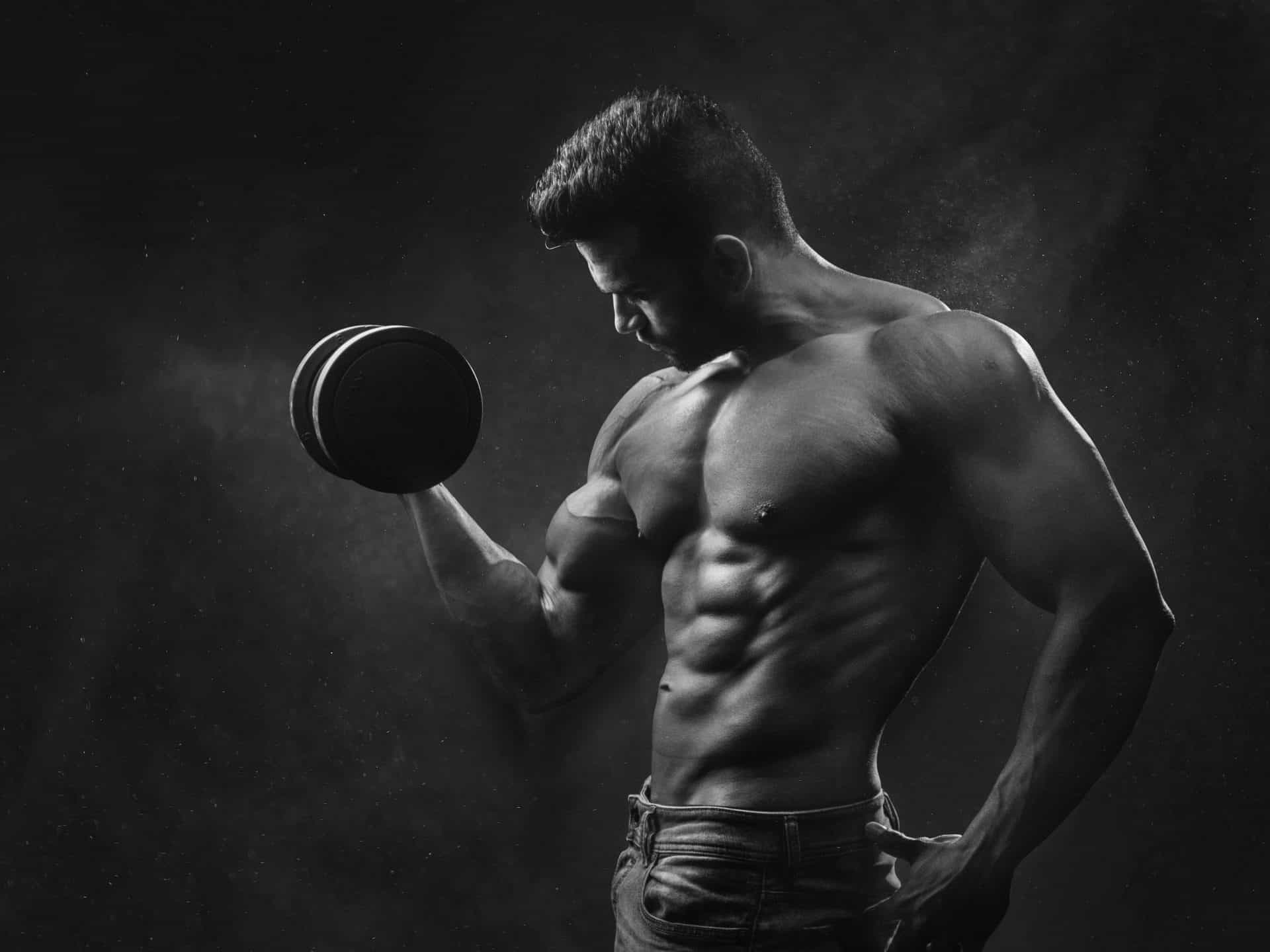 You can feel it, even hear it whispering from the depths of your mind.

But you’ll never admit it. Still, it’s there, inspiring you every step of the way; a mental image you use as you grind out that last rep on the bench: your ideal physique—a wide back, shirt splitting arms, and a massive chest.

That’s what you want: a physique that turns heads. And you can see it in your mind, so why hasn’t it become a reality? Why are you still struggling to build muscle, gain strength, and etch out a superhero physique?

Bodybuilders of the Golden Era knew physiques like that required hard work, sacrifice, and dedication. But they knew, more than anyone else, that if their minds weren’t connected to what they were doing—they were wasting their time.

One of the biggest reasons you’re not gaining muscle in the gym is because you have a poor mind-muscle connection.

Treat Your Mind and Body as One

Muscle growth is stimulated by tension. So if you want to build bigger, more eye-catching muscles, you need to focus on creating maximal tension. Tension can be created by:

Your brain is full of thousands of neurotransmitters: chemical messengers that relay messages between different types of cells. Dopamine, adenosine, serotonin, melatonin, glutamate, these are only a few of the neurotransmitters your body can produce. And many of those listed aid in important functions like protein synthesis, inducing sleep, feelings of joy, or aid in the movement of energy.

When motor neurons fire, a signal is sent from your brain, down your spine, and when this signal reaches the junction of your nerves and muscles — known as the neuromuscular junction — an electrochemical process causes acetylcholine to release. The acetylcholine binds to ion receptors on the muscle cells, causing ion channels to open up. Once they’re opened, sodium ions rush into the muscle cell, producing muscle contraction.

Acetylcholine is also found in our central nervous system. Basically, acetylcholine works like midichlorians. Look, I hate myself for even referencing Episode 1, but it’s true.

Inside your central nervous system, acetylcholine plays an important role in enhancing sense perceptions, most notably, sustaining attention. In one study, researchers found that during sustained moments of attention, cortical production of acetylcholine increased. For you that that means the more you’re able to focus and connect at the gym, the more acetylcholine you’ll produce.

Put another way, the more attention you pay to the muscle you’re using, the greater your gains will be.

There’s a famous from Arnold:

”It is the mind that visualizes what the body ought to like as the finished product.”

Or put another way: where the mind goes, so too goes the body. Oh, wait. That’s Arnold again. See, there’s a reason he was a 6-time Mr. Olympia: he knew what he was talking about.

Arnold knew that you need to feel the muscle. It’s why he was so hard on about chasing the pump. If he spent his workout focused and bringing as much blood flow (pump) to his muscles as he could, then he knew he was building muscle. His body followed his mind.

The longer you keep the muscle under tension, the better. It means not only will you stimulate more muscle fibers, but you’ll use more fibers than before. And the more muscle you use, the more you break down, and the more your body has to build back up.

How to Increase the Mind Muscle Connection

1. Choose lighter weights and focus on controlling the full range of motion

Struggling to build more muscle? Well, then it’s time to drop your ego and lift lighter weights. Forget all that 8-10 reps per set shit you’ve been doing. You need to crank the volume up. Find a weight you complete at 15-20 reps, while maintaining good form, and squeeze the muscle(s) at the top of the movement. But don’t lose focus and let gravity win. Fight gravity and keep your focus on your muscle during the eccentric portion of the exercise.

2. Change Up Your Tunes

Eminem, Metallica, The Foo Fighters, even Katy Perry can provide the mental inspiration you need for that last set of squats. But here’s the problem with rock, hip-hop, or the pop hit of the month: It’s easy to lose your focus and find yourself singing along to your favorite track instead of focusing on what you’re doing. Plus, how many times have you found yourself locked into your phone searching for the next track?

You lose your focus and—now—instead of repping out that last set, you’re caught in a musical version of Tinder. So what can you do?

Ditch the songs with lyrics and opt for movie scores. Movie scores from films like Captain America, Batman Begins, or classics like Gladiator can keep you focused and on point.

The pounding of orchestral drums, the blare of woodwinds, and the pulse of strings can lead you back into the land of the focuses and help you tap into more acetylcholine.

Arnold was a master of it. Some of the most dominant professional athletes around the world have reported using. Muhammad Ali said he practiced visualization days before his next match. He’d envision the referee lifting his arms above his head, proclaiming him the champ.

He’d set up the entire scene in his head, claiming he could hear the roar of the crowd and could tell you his exact feelings as he’d feel the moment he felt the rush of victory. 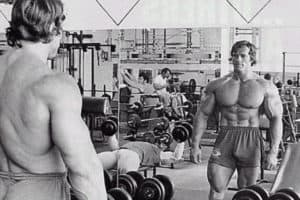 In his book, Your Brain and Business: The Neuroscience of Great Leaders, Dr. Srinivasan Pillay of the Harvard Medical School summarized that we use the same part of the brain to visualize an action as we do when we perform that action.

Hey, Arnold said it best: where the mind goes, so goes the body.

The Life of an Actor

I studied as an actor in college. One of my favorite acting teachers was Uta Hagen. She had an unconventional approach she employed to keep her students “in character.” She asked her students to use what she called a “release object.”

This object could have been a piece of paper in her student’s pocket, a patch worn on their costume, or a prop. But it did need to have some sort of significant value to their character. If the actor ever felt they were drifting out of focus, they were instructed to touch this item; reconnecting them to their character and the moment in the play.

Your “release object” could be a visualization of the physique you’re striving for. Maybe you keep it in your pocket or on your phone. You could keep a mantra in your pocket or write it on your shoes. Or do what I did: buy a headband or wristband with a symbol (or stitch one on) that has a deep connection to who you are as a person.

And then use your object in the gym to refocus yourself and reconnect your mind muscle connection.

Bodybuilding has changed a ton since the days of Arnold. What hasn’t changed, however, are the principles for building muscle. You still need to build a base of strength. Whole foods and less processed junk (typically) lead to a better physique. If you want to get bigger, you need to eat more, and train more frequently. But the biggest lesson you can take from the greats like Arnold is that when you’re not focused, your mind won’t recruit the muscles you want. And without breaking those muscles down, you’ll never build them up.

Connect your mind to what your muscles are doing and you too will see gains like never before.